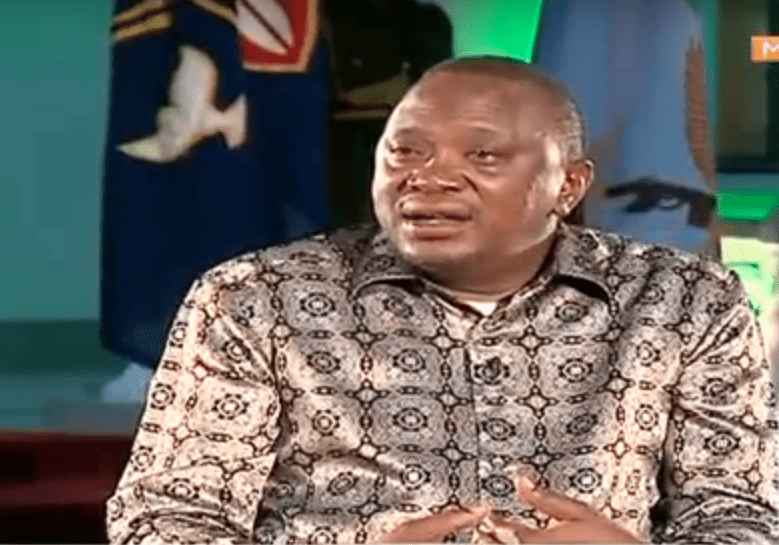 President Uhuru Kenyatta has said the government will continue to borrow loans from China and the rest of the world despite criticism from different quarters that the national debt is unsustainable.

The Head of State remained adamant that loans are necessary for any country that expects to improve its infrastructure.

“I will continue to borrow to develop the country,” he said on Friday during the roundtable interview with journalists at State House, Mombasa.

He denied claims that the Mombasa Port has been mortgaged to the China Exim Bank over the Standard Gauge Railway loan, noting that the government is ahead on its repayment schedule.

“You have seen the Chinese Government say that nothing like that exists. If you want a copy of the contract we have with China I can get it to you tomorrow,” he retorted.

He warned Kenyans against spreading porojo (propaganda) adding that what exists is a contract between the Kenya Railways and Kenya Ports Authority that goods will be transported via the Standard Gauge Railway (SGR) where possible.

According to him, the two governments agreed on movement of six trains daily on the Mombasa-Nairobi route but the number has increased to 11.

“We are opening up roads across the country and a railway line that never existed 50 years ago. The debt we are incurring is for development projects that will not only benefit this generation but future ones as well,” he said.

According to him, debt only becomes a problem when it is used to consume.

He added that only 30percent of Kenyans were connected to electricity when he became President but the number has doubled since then because of government loans.

When asked whether the bulk of the government loan being from China could be detrimental to the country, he said Kenya is not tied to any country.

The President said Kenya is working with partners who understand its development needs and China is one of them.

“China is a very strong development partner just as is the World Bank, Japan, France, Germany,” he said.

He revealed that during his visit to the United States, Kenya’s partnership with China was also questioned but he told American business leaders that the East Asian nation has developed financial packages that suit most of Africa’s needs.

President Kenyatta said the U.S. has since come up with its own products that will see American companies receive a boost of $60billion, a move he said will support firms that do business in Africa.