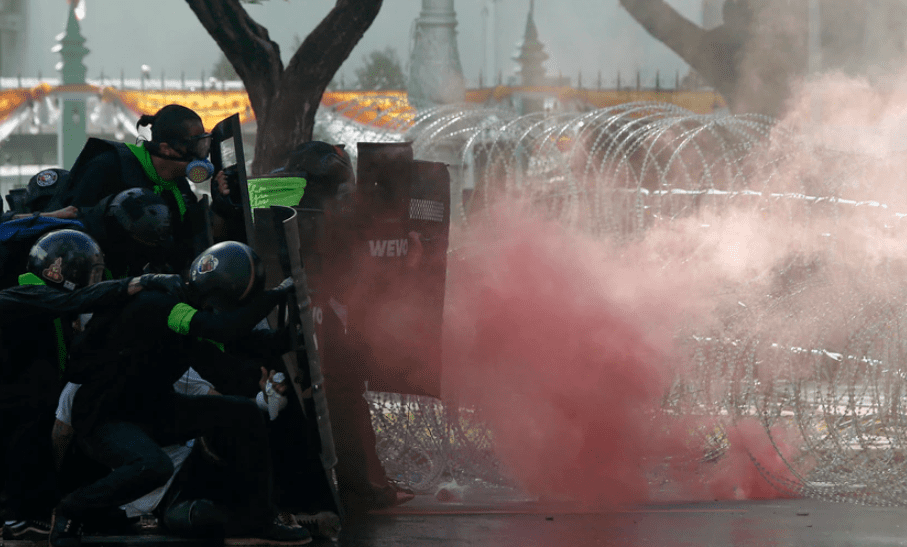 More than 100 protesters have been charged under Thailand’s royal insult laws since last July, when rallies across the kingdom began demanding reforms to the unassailable monarchy, a lawyer representing the activists and an AFP tally showed Tuesday.

A mostly youth-led movement kicked off last summer, fueled by discontent with the government of Thai Premier Prayut Chan-O-Cha, a former military chief who first came to power in a coup in 2014.

A year since those rallies began, 110 protesters have been charged under lese majeste laws for their role in the movement, which is calling for Prayut to step down, a rewrite to the military-scripted constitution, and for royal reforms. At their peak, the protests drew tens of thousands to the streets.

Prominent leader Parit Chiwarak — better known as “Penguin”— holds the record of some 20 charges, while at least eight other protesters — all under 18 — are also facing charges.

If found guilty, they face sentences of three to 15 years in jail per charge.

“It is a severe law. Punishment [for royal defamation] could be made, but it has to be reasonable,” said lawyer Krisadang Nutcharut, who represents the protesters and has a history of taking on lese majeste cases.

The use of the lese majeste law slowed prior to 2020, which Prayut said was due to the “mercy” of the king.

Colloquially referred to as “112” for its section number in the penal code, it is intended to protect Thailand’s ultra-powerful royal family from defamation.

But critics have long said it has been broadly used to stifle criticism and target political opponents — and its abolition was one of the key demands of the youth movement.

Their frank public discussions about the monarchy, which has long been supported by the military and Thailand’s billionaire class — sent shockwaves through Thai society.

Legal ire from the government has done little to silence them, as protest leaders continue to stage rallies which have recently pivoted to airing grievances on the kingdom’s handling of a spiraling Covid-19 surge.

“There are changes occurring. The youth who grew up in the digital world seem to refuse thoughts and principles that are not scientific-based,” Krisadang told AFP.

“This is a testament that Section 112 is not compatible with the modern world.”

In 2017, U.N. Special Rapporteur David Kaye urged the regime to stop section 112 prosecutions, saying such laws “have no place in a democratic country”.