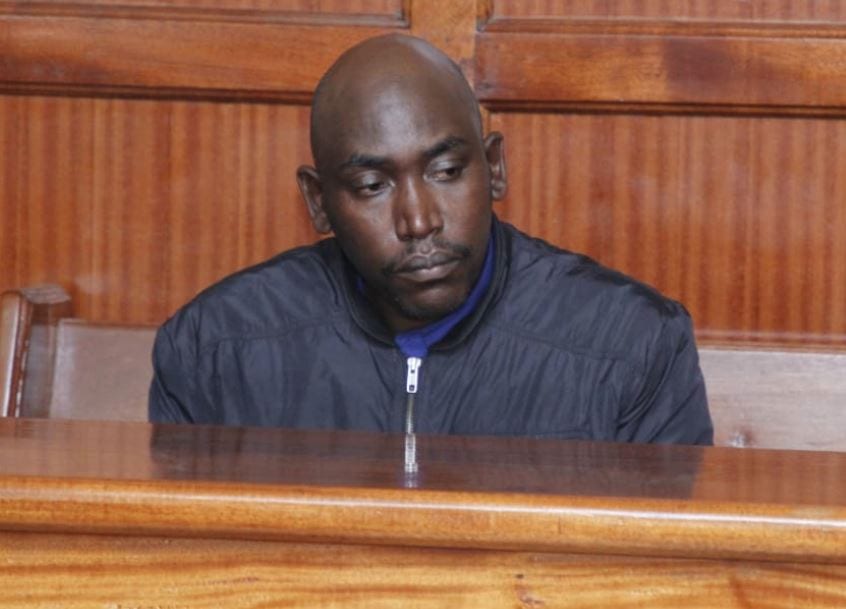 A motorist who ran over and killed a traffic officer last week on the Eastern bypass has been released on a Ksh.300,000 cash bail.

Appearing before a Nairobi court on Thursday, Edward Njoroge pleaded not guilty to charges of causing death through dangerous driving.

He was reportedly carrying unidentified plastics when he was flagged down by Officer Peter Lukote from the Traffic Department on Tuesday last week at around 4pm on the Eastern bypass.

According to Lang’ata OCPD Gregory Mutiso, the officer signaled the 14-seater matatu driver to stop and asked him to hand over his license while holding onto the door handle.

The suspect allegedly refused to hand over the document and a tussle ensued, during which he – all of a sudden – engaged his gear and began to drive off.

During this misguided attempt to flee, he apparently ran over the police officer who had accidentally slipped and fallen on the road.

Unknown to Njoroge, a vehicle belonging to sleuths from the Directorate of Criminal Investigations (DCI) had been parked near the scene and a pursuit ensued.

Several other motorists who had witnessed the unfolding drama also began to pursue and finally caught up with him in Kikuyu.

The traffic cop succumbed to his injuries while receiving treatment at the Nairobi West Hospital.

A post-mortem conducted at the Montezuma Monalisa Funeral Home confirmed that he died from multiple injuries caused by blunt-force trauma.