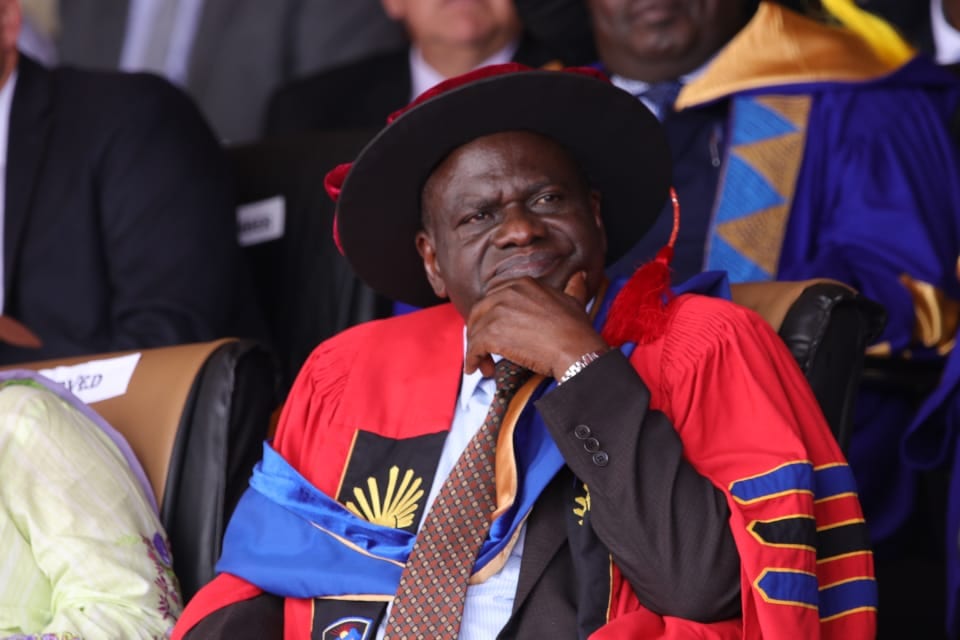 Mount Kenya University (MKU) has bid farewell to its founding Vice chancellor Prof. Stanley Waudo after serving at the institution for the last 11 years.

Prof. Waudo joined MKU in May 2008 when he left Kenyatta University to become the pioneer vice-chancellor of the newly founded institution in Thika.

Prior to joining Kenyatta University, he worked as a graduate assistant at Iowa State University in the US while doing his masters and doctorate degrees from 1980 to 1984.

Giving their remarks to the outgoing VC,leaders who spoke at the ceremony praised Waudo for his efforts in steering the university from a mere Technical college in Thika to a greater University in East Africa.

The university’s founder Dr. Simon Gicharu recalled his early moments with Prof. Waudo and how he steered MKU from the time the university was granted a letter of interim authority in 2008 by the Commission for University Education.

In his remarks after 11 years as VC, Prof. Waudo listed major growth in student population, creation of campuses, infrastructural development and improved quality of education as some of his achievements.

He cited the establishment of seven campuses and four teaching centres across the country, all approved by the Commission for University Education (CUE) as major milestones.

The academician said MKU has sent to the job market 95,880 graduates, adding that the university has been a leading employer, with a current workforce of 1,009 teaching, non-teaching, technical and library staff. The university started off with 120 staff.

He holds a PhD in plant pathology and nematology, and joined Kenyatta University in 1985 when he started off as a lecturer and rose through the ranks to a full professor.

During the event, the university launched college of graduate studies and research which will coordinate research driven graduate training, innovation activities and outreach activities.

Mount Kenya University has also commenced the process of clearing arrears that it owes to all part time lecturers who teaches at the University. The accrued arrears which run into million will be paid in bits for the different schools where the management intends to clear by june 2020.

Speaking during the ceremony, Gicharu said the move is aimed at clearing the debt as part of streamlining operations at the university.

So far the Ksh.200 million has been set aside to pay the first bunch of part time lecturers who taught at different schools,some will be paid upto December this year while the rest will be paid in three phases until June next year.

The founder indicated that the arrears were accrued due to fall in revenue after reforms by Dr. Fred Matiang’i, who was at that time the Education CS, which saw reduction in the number of students that the university admitted.