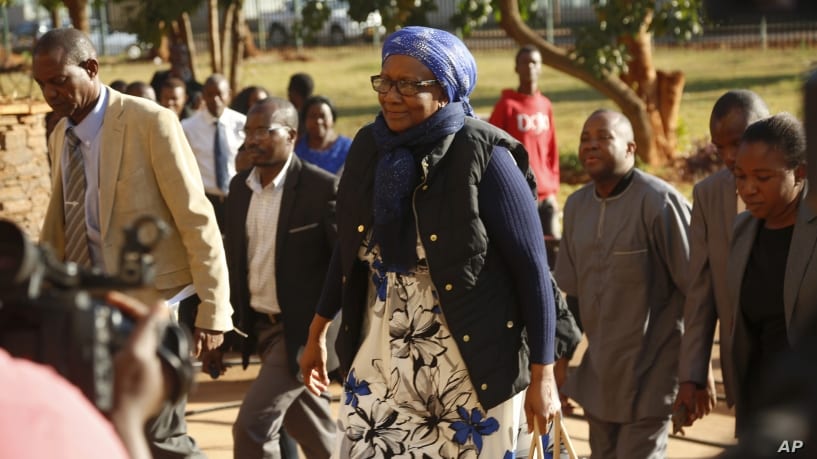 A Zimbabwean opposition lawmaker appeared in court on Thursday facing subversion charges that carry a 20-year jail term upon conviction, his lawyer said.

He added that the politician would remain detained while he sought bail at the High Court.

Job Sikhala is accused of advocating the overthrow of President Emmerson Mnangagwa and was not asked to plead when he appeared before a magistrate in rural Bikita, hundreds of km (miles) south of the capital.

Lawyer Alec Muchadehama said Sikhala complained to the court that he had been taken to Bikita despite undertakings by prosecutors that his trial would be held in Harare.

The lawmaker and opposition Movement for Democratic Change (MDC) deputy chairman was, however, told to come back to court on July 24 and will remain in prison custody unless he is granted bail. The bail hearing is on Monday.

“We have applied for bail at the High Court today. He (Sikhala) had many complaints against the conduct of the police, who put a hood on his head so he could not see where they were taking him. They also denied him his medication,” Muchadehama said.

The charges against Sikhala emanate from a video circulating on social media, in which the politicians appear to be seen and heard telling supporters at a weekend rally:

“We are going to take the fight to the doorsteps of Emmerson Mnangagwa, we are going to overthrow him before 2023, that is not a joke.”

Reuters could not verify the authenticity of the video. Sikhala, through his lawyer, has denied the charge.

More than a dozen government opponents have this year faced similar charges, with critics saying this shows that under Mnangagwa, the government is reverting to harsh Robert Mugabe-era security laws to muzzle the opposition.

Mugabe, who ruled the country for 37 years, was removed after an army coup in November 2017. But Mnangagwa’s promise to break with his predecessor’s past policies and tactics and usher in economic prosperity is yet to be realized.

The MDC, which maintains that Mnangagwa rigged last year’s presidential vote, routinely says it will use all constitutional means to remove the president, without giving more specifics.

In Harare, MDC leader Nelson Chamisa repeated his party’s demand for political talks with the ruling party but only if there was international mediation with a view to guaranteed “free and fair” elections in future.