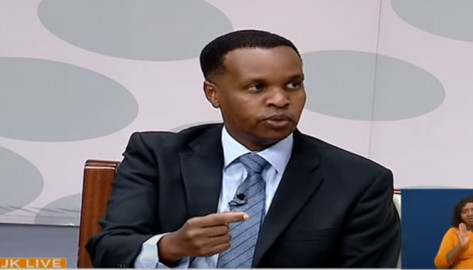 Emgwen Member of Parliament Alex Kosgey has faulted the Political Parties (Amendment) Bill 2021 for the stimulus role he said it played in spurring political tension being witnessed in parts of the country, which culminated in two recent Deputy President William Ruto’s rallies being marred with violence.

According to the Narok Senatorial aspirant, making amendments to the bill during an election year was imprudent as it automatically gave birth to friction and violent ideologies among Kenyan voters.

“It is an extremely bad idea to try and change the rules of an election during the year of that election and it was ill-advised to try and bring amendments knowing full well that the election is fast-approaching and that is what caused that kind of friction and tension,” Kosgey said.

The Emgwen legislator was speaking during a panel interview on the JKLive show on Wednesday where he was joined by Orange Democratic Movement (ODM) party Secretary General Edwin Sifuna.

While arguing his case, Kosgey referenced the Kriegler Commission report on the 2007 polls, which among its many recommendations advised against amending political laws so close to a general election.

He similarly highlighted how most of the report’s suggestions have largely been ignored.

The commission, officially the Independent Review Commission, was formed in 2008 under the orders of then president Mwai Kibaki to examine all aspects of the 2007 General Election particularly the presidential elections.

“Changing election laws during an election year has been advised against even by the Kriegler report which was trying to advise on how to avoid future post-election problems. If we accepted that which has been put on record, why on earth would those who are setting the agenda actually push for those amendments knowing full well it is ill-advised?” Kosgey posed.

He castigated the bill’s proponents for their 'violent' frame of mind when pushing for changes to the law, citing that they had already taken up an aggressive mindset even before the bill was tabled before Parliament.

“It was so simple to call MPs and say let’s try and have a consensus on this issue, however their attitude was not to have a consensus, it was to say we will try and find a way, come what may, and force this agenda through and get it passed regardless of anything,” said Kosgey.

“It happened but at what cost. The cost is to create that level of animosity which we are trying to avoid. We would like to have a peaceful election heading forward and we would like to avoid inflaming the situation.”

Sifuna however countered Kosgey stating that lawmakers are, all-year-round, legally entitled to pitch changes they want enacted to various laws, underscoring that such processes do not impulsively translate to advocating for violence.

“Reading a bill before Parliament is not to create inflammation. It is something to be debated. The truth of the matter is you are an MP and you are allowed to bring any bill to Parliament and let it to be extensively discussed by your colleagues and if it,” Sifuna, who has decared his intention to contest for Nairobi County’s senatorial seat, stated.

While underscoring that freedom of speech does not extend to hate speech, the ODM Sec. Gen. urged law enforcement agencies to take stern legal action against individuals preaching decisive politics even after they are arrested and arraigned in court.