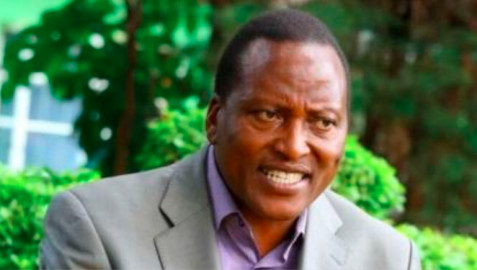 A human rights activist has now moved to court over the arrest of Kitutu Chache South MP Richard Onyonka.

In his application at the Milimani law courts, Bikeri says that the directive by the DPP to the Inspector General to investigate Onyonka over the alleged hate speech remarks is illegal.

He argues that the directive is "a legal misadventure that undermines the rule of law."

"That the 2nd Respondent’s directive to the 1st Respondent as communicated vide the impugned letter of the 10th January 2022 is an attempt by the Director of the Public Prosecutions to unreasonably and contrary to the legitimate expectation of the right-thinking members of the society rob the commission its powers and functions and illegally donate them to the 1st Respondent through the mischievous invocation of article 157(4) of the Constitution..," reads court papers.

Through lawyer Danstan Omari, he argues there's a pressing need and clarity that santity is promoted within the borders especially on the investigations and prosecution of hatemongers during the forthcoming elections.

The lawyer argues that the DPP has no powers to order or direct the IG to investigate, adding that due process has to be followed.

“Reference is made to a video clip circulating on social media platforms in which Hon. Richard Onyonka, MP for Kitutu Mache Constituency is addressing a gathering in Kisii County,” stated Haji in the letter.

In the video circulating on social media, Onyonka is seen addressing a crowd in what appears to be a response to utterances made at Deputy President William Ruto’s rally in Eldoret on Saturday.