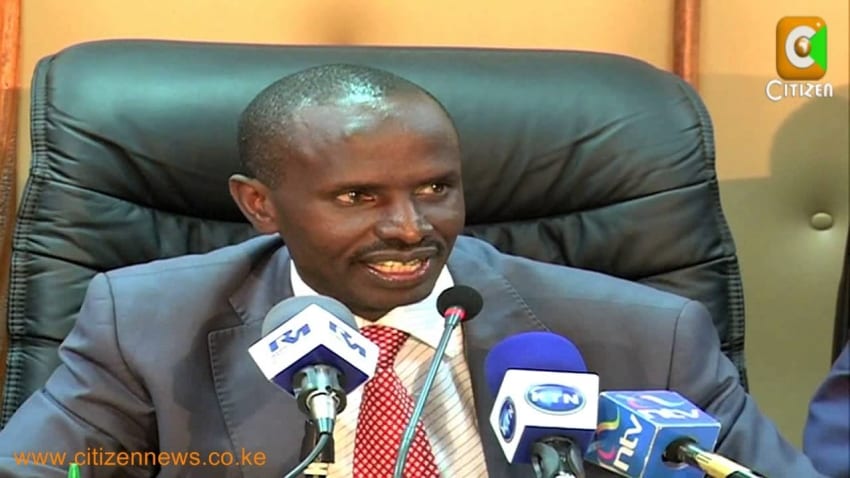 Nominated Member of Parliament Wilson Sossion will continue to serve as the Kenya National Union of Teachers (KNUT) Secretary General.

This was after parties, including the Teachers Service Commission (TSC) agreed to retain him and end the legal battle before Justice Maureen Onyango. Other parties in the case include Registrar of Trade Unions and Hesbon Otieno Ogola.

Further, the case was marked as “withdrawn” and respondents, including TSC and registrar of Trade Unions agreed to pay Sossion Ksh.100,000 as cost.

This comes after a majority vote in the KNUT National Executive Committee in May voted 22 against 2 members to suspend Sossion.

The council further appointed his deputy, Hesbon Otieno to take over in an acting capacity.

Acting Secretary General Hesbon Otieno and acting Chairman Wycliffe Omucheyi had maintained their stand insisting they would not allow Sossion to serve in the Union citing his nomination to Parliament as the main reason.

The nominated Member of Parliament however got a court order which retained him in capacity as the union Secretary General.