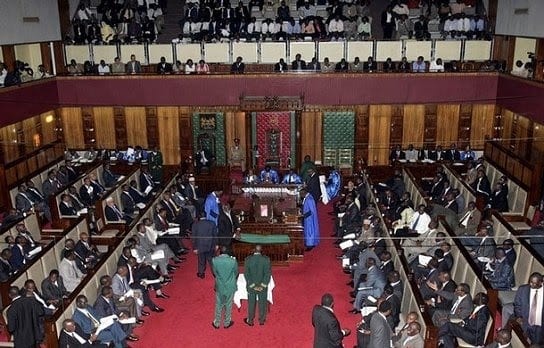 Members of Parliament on Wednesday raised concern over the low turnout in the ongoing voter registration drive.

The lawmakers debated a motion on measures that should be taken to persuade potential voters to register in the remaining days.

The persuasive voter registration motion moved by Kiambu MP Jude Njomo seeks to have the Justice and Legal Affairs Committee to formulate and propose persuasive and compelling mechanisms to motivate and encourage all unregistered citizens to register as voters and ultimately participate in the General Election.

While discussing the motion, a number of MPs went as far as supporting unorthodox methods employed in various parts, including non-registered individuals being denied public transport, medical services and even conjugal rights.

In a heated debate, the lawmakers also termed as a waste of energy efforts by top Jubilee and opposition leaders in combing through remote villages to persuade a frustrated population to register as voters.

President Uhuru Kenyatta and CORD leader Raila Odinga have been traversing the country on a voter mobilization drive that appears to have had little effect, with IEBC highly unlikely to meet its target of 6 million new voters.

Pundits argue that the said apathy in registering as voters is largely fuelled by general dissatisfaction in the delivery of services by successive governments as well as rampant corruption.

This, they warn, could also be an indication of what could happen come the August 8th General Election.

According to the Independent Electoral and Boundaries Commission (IEBC), only a total of 1,539,879 Kenyans have been registered as voters in the last two weeks.

The commission now says that those registered are only 25 per cent of the 6.1 million set target in the 30-day exercise – a process that comes to an end on the 14th of February.