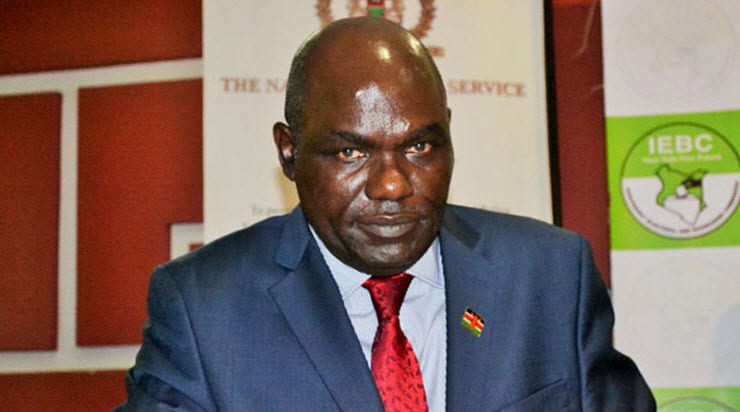 Members of the delegated legislation Committee in the National Assembly unanimously rejected the regulations, accusing IEBC of malice.

Led by vice chair Charles Njagagua, the MPs claimed the electoral body wanted to paint parliament in bad light for failing to pass the regulations yet they were gazzetted out of time.

“It’s clear that these regulations should be there at least one year to elections, you can’t present them in the last minute, and even gazette some without parliament approval, they really want to paint us in bad light, they are null and void,” Njagagua said.

However, IEBC insisted that they have followed all the procedures as required by the law as they had earlier engaged the committee on Justice and Legal Affairs, a process that had stalled.

“We had no ill motive in publishing the regulations, our intention was not to set up Parliament against the public as claimed, we need and beg for your support to ensure and a free and fair election,” said IEBC chair Wafula Chebukati.

However, the MPs insisted that they would not be party to making an illegality find its way to the law.

”We cannot behave as if we are amending the law today, I actually propose that we nullify these regulations,” said Gilgil MP Martha Wangari.
Her proposal gained traction with all members siding with and quickly deciding to annul the regulations.

“We cannot allow illegality to pass through this House, the commission has to go back and work, and this is not the way to do things,” said Funyula MP Dr. Oundo Mudenyo.

Laikipia West MP Patrick Mariru was of the view that Parliament is not against limitation of financing but insisted things have to be done in the right way.

The annulment is a blow to efforts of the commission to try and level the playing field for those vying for positions in the next general elections.

The Independent Electoral and Boundaries Commission (IEBC) on Monday issued a Gazette Notice prescribing the amount of money political candidates and political parties will be allowed to spend in their 2022 campaigns.

According to the Gazette Notice dated August 9, 2021, a presidential candidate will be allowed to spend a maximum of Ksh.4.4 billion for their 2022 campaigns.

Those eyeing the Gubernatorial, Senatorial or Woman Representative seats also have their spending regulated with Turkana County having the highest spending limit at Ksh.123 million followed by Nairobi (Ksh.117 million) and Marsabit (114 million).

Lamu County has the least spending limit at Ksh.21 million followed by Tharaka Nithi (Ksh.23 million), Elgeyo Marakwet (Ksh.25 million). Those seeking positions in the National Assembly and County Assembly also have their spending limits prescribed in the gazette notice.