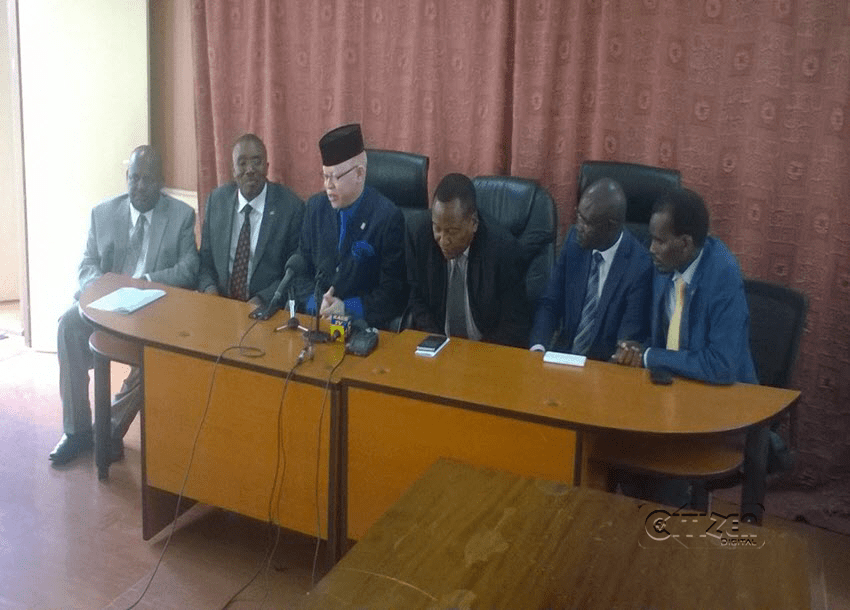 A section no Members of Parliament now want the government to form a task force to investigate the rising cases of unrest in public universities.

Led by Tiaty MP Asman Kamama, Kitutu Chache South’s Richard Onyonka and Mukurweini’s Kabando wa Kabando, the MPs say that the task force should come up with ways of taming hooliganism in institutions of higher learning.

Addressing the media, the legislators further faulted the government for what they claimed a failure to take action to end rising cases of drug abuse and tribalism in universities.

Last week, Education Cabinet Secretary Dr. Fred Matiang’i announced that his Ministry will not get involved in the operations of governing councils in universities.

The Education CS further pointed out that the Ministry is only involved in developing policies and will not interfere in the management of various institutions of higher learning.

Over the last one month, three public universities; University of Nairobi, Laikipia University Main Campus and Masinde Muliro University have been shut down over students’ unrest.

On Monday last week, Laikipia University in Nyahururu was closed indefinitely after students went on rampage following reports that the Kenya Medical Laboratory Technology Board and the Commission for University Education had rejected two science courses offered at the institution saying they are not recognized.

On the same day, Masinde Muliro University of Science and Technology was closed indefinitely after students went on rampage.

In a notice to students, the University blamed the riots on a well-orchestrated plan to stop the examinations, which had been scheduled for Tuesday.

In early April, the University of Nairobi was closed indefinitely following two days of riots by students protesting re-election of Babu Owino as SONU chair.