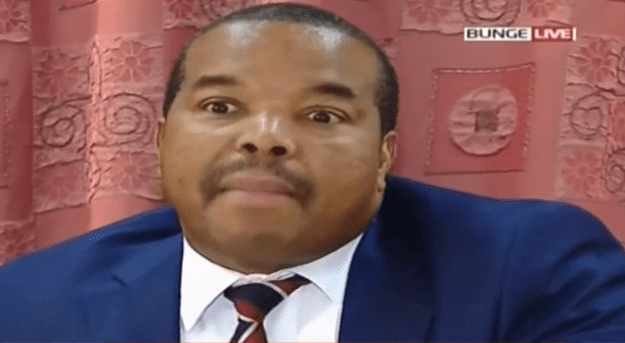 A section of leaders from the Mt. Kenya region have now come out to rubbish claims by Deputy President William Ruto about an alleged plot to assassinate him.

The politicians, addressing a press conference at Parliament buildings on Monday afternoon, spoke after four Cabinet Secretaries were summoned to the Directorate of Criminal Investigations (DCI) headquarters over the claims.

The Members of Parliament (MPs), mostly allied to a segment of the Jubilee Party dubbed ‘Kieleweke’, also criticised the DP over what they termed as incitement of the nation against their region.

They further urged him to record a statement with the DCI as protocol dictates without necessarily making unsubstantiated claims.

“If surely he believes that something was being planned, why can’t he just do the statement and then we follow up from there?” Posed Kiambu Woman Representative Gathoni Wamuchomba.

“We’re not here to defend evil; if there is evil let it be known to be evil, but let’s not peddle lies in the name of politics.”

Nyeri Town MP Ngunjiri Wambugu, on his part, termed the allegations as a plot to intimidate the Cabinet Secretaries from carrying out their mandate as directed by President Uhuru Kenyatta.

“We see this as a badly disguised attempt to incite the rest of the country against our region, against our leaders, and against the President,” said the vocal legislator.

Kiambaa MP Paul Koinange, on his part, said: “Let’s leave the CSs to do their job. If it is political, if it is party, let us fight a war within the party and among ourselves as politicians.”

The leaders also expressed regret at a reportedly perceived notion among a section of the political class that the agenda for a meeting between leaders from the Mt. Kenya region would only be something as sinister as an assassination plot.

CSs Peter Munya (Trade), Joseph Mucheru (ICT), and Sicily Kariuki (Health), earlier addressed the press outside the DCI headquarters on Kiambu Road rubbishing the claims of plotting to assassinate the DP following a circulating letter detailing an alleged meeting at Hotel La Mada on Thika Road with him (DP) as the main agenda.

They termed the claims as “wild” and “unsubstantiated,” further faulting the DP for not carrying out due diligence first.

“These are very serious allegations especially coming from the person of the stature of the deputy president occupying an extremely powerful and important office in this land,” said CS Munya who spoke on behalf of the group.

“I think it is irresponsible, unfair and intended to portray us in a very bad light so that we look like criminals who meet to plot criminal activities against him. It is also intended to injure our reputation as law abiding citizens.”