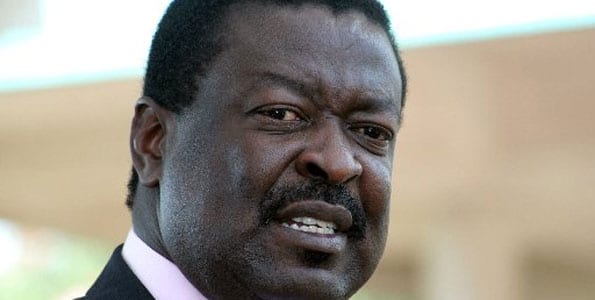 The leader of Amani National Congress Party (ANC) Musalia Mudavadi has criticised the government for increasing public debt that he said is unsustainable.

According to Mudavadi, the economy of the country is hurting due to constant borrowing by the Jubilee government.

“The country is borrowing one loan to repay another; it is basically loan kiting. This is not sustainable,” said Mudavadi in a statement on Monday.

“We have recorded the highest debt in Kenya’s history, yet the government continues its unbridled borrowing, without clear focus on the purpose of borrowing, or proper accountability on such borrowed funds.”

The National Super Alliance (NASA) co-principal urged the government to make a u-turn to avert further economic challenges in the coming year 2019.

“All indicators show that unless we make a deliberate 360-degree about-turn, we shall continue hurting,” read part of the statement.

“Countries have emerged from worse situations than ours. This has only been possible with focused leadership and political goodwill.”

Mudavadi questioned conflicting reports that the Kenya Ports Authority was offered as a collateral for a loan from the Chinese Exim Bank.

According to the NASA Principal, should such trends continue Kenya could be auctioned.

“What was done in darkness is now coming to light. If this trend continues, Kenya could be auctioned in the long run,” he said.

The leader has now vowed that his ANC party will continue to act a watchdog on behalf of the public in the new year.

He further demanded that the government disclose all active loan status including all loan agreements, guarantees by the national government and its plan in managing the debt.

“One of the principles of public finance under Article 201 of the Constitution is “openness, accountability and public participation in financial matters”,” Mudavadi noted.

“This includes accountability on the nature of loans and their applicability. In 2019 we will be seeking full disclosure.”

He reiterated the party’s commitment in fighting corruption, championing for the rights of teachers and the youth.