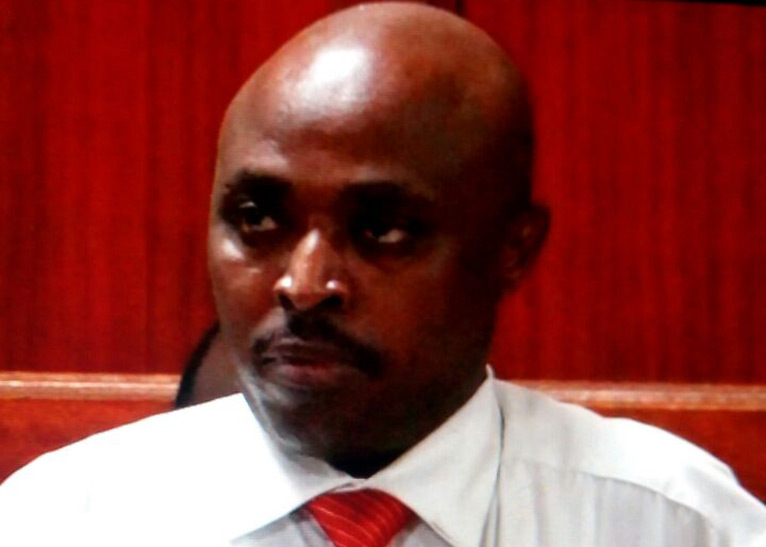 A Nairobi courtroom was thrown into laughter after self-proclaimed ‘doctor’ Mugo wa Wairimu presented documents showing he was admitted to a maternity ward, hence could not personally attend the proceedings.

Mugo, born James Mugo Ndichu, intended to present hospital documents before Milimani Chief Magistrate Daniel Ogembo to prove that he was not in good health to attend hearing of a rape case facing him.

The controversial ‘doctor’ allegedly sedated and raped his patients while operating a clinic, Prestige Health Care, in Nairobi’s Githurai 44 on November 1, 2014.
He was arrested on September 10, 2015 at the Gitungo Hotel in Limuru, Kiambu County, after Citizen Television aired an expose showing him allegedly sedating and subsequently raping a woman on a hospital examination bed.

Mugo is facing charges of rape, administering a sedative and 10 counts of operating unregistered clinics. He was on Wednesday, August 24 detained for ten days pending ruling on an application by the state to have his bond terms cancelled.

This is after the prosecution made an application to have him in police custody until the rape case is heard and determined. The prosecution raised concern that Mugo wa Wairimu was not attending court hence delaying his case.

The prosecution further stated Mugo wa Wairimu has been interfering with witnesses via his social media accounts touching on an ongoing case.
Mugo, through his advocate, told the court that at one point he was unwell hence could not have attended the court session. He presented before court a document from a health center that deals with maternal and ultra sound services, raising eyebrow on the authenticity of the document.

Mugo wa Wairimu was released on a bond of Ksh 5 million with an alternative cash bail of Ksh 1 million on October 5, 2015. He failed to deposit the cash bail and was detained in Industrial Area Prison.

He was presented before court in November 23, 2015, where Chief Magistrate Daniel Ogembo adjourned his case until the defense collects sufficient witness statements.