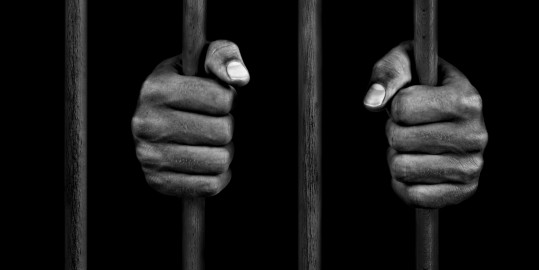 An offender wanted for murder, rape and robbery with violence has been arrested by detectives after escaping from police custody in Kiambaa, Kiambu County five months ago.

According to police reports, the fugitive, John Muturi Keneya alias Francis Limo Ngugi, was remanded at Karuri police station in June this year, awaiting a mental assessment ordered by Kiambu High Court, when he made his escape.

“As they were being served their evening meal on June, 22, at around 6:30pm, he sneaked out of the cells mysteriously and disappeared. This prompted a manhunt for the notorious criminal,” the Directorate of Criminal Investigations said in a statement.

Police say that Kenaya, who is the main suspect in the murder of his wife, fled to Namanga town where he has been doing odd jobs to make a living.

He was however nabbed after area residents tipped off the police who immediately took action to recapture the fugitive.

“Yesterday morning, detectives received information on the whereabouts of the fugitive, through the DCI anonymous tip line. A team was immediately dispatched to the border town and after a few hours, the suspect was smoked out of his hideout,” the DCI said.

The suspect is in police custody.