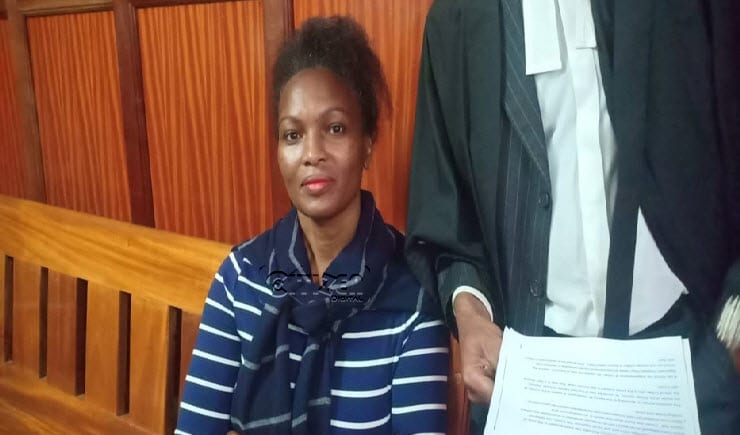 The case against Sarah Wairimu Cohen took a new twist after her lawyer accused the Prosecution of allegedly defying a court order.

In the directive, lawyers prosecuting the case and investigating teams were barred from commenting on the matter outside court.

“There’s a publication that a second cousin of President Uhuru Kenyatta has been arrested. I called the journalists and he said he was given the information by the DCI,” Philip Murgor said on Tuesday.

The advocate told the court that he will be filing a suit against the DCI for leaking information related to the murder case.

The Prosecution, led by Catherine Mwaniki, rejected the claims saying they would investigate the source of the leak.

According to Justice Stella Mutuku, contempt matters attract sanctions and the court will scrutinize the authorities on the seriousness of the contempt allegations.

“The prosecutor to file an application…family to do the same …,” she said.

Last week, Prosecution had accused Wairimu of contempt of court for speaking publicly about the case during her husband’s burial. She had warned Cohen’s killers that their days were numbered.

Cohen was laid to rest on Wednesday with Wairimu present under the tight watch of five prison warders from Lang’ata Women’s Prison.

Among those present at the burial were Ngengi Muigai, Rtd. Captain Kungu Muigai, former Gatundu North MP Patrick Muiruri among others.