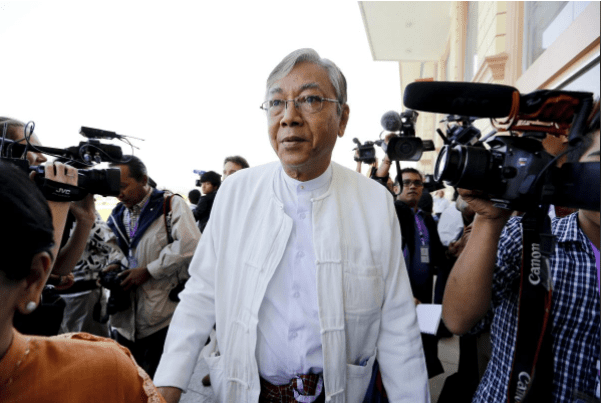 Myanmar’s civilian president, Htin Kyaw, has resigned with immediate effect “in order to take rest from the current duties and responsibilities”, his office said in a statement posted on Facebook on Wednesday.

According to the country’s constitution, the more senior of two vice presidents will stand in as president until a new leader is elected by parliament within seven working days.

This means that Myint Swe, who was the military’s appointment for vice-president, will become acting president.

The president is the head of state and government in Myanmar, and under the constitution has far-reaching powers. However, Htin Kyaw’s role was more ceremonial because Aung San Suu Kyi has been Myanmar’s de facto leader since April 2016.

A constitution drafted by the former junta bars Nobel Peace Prize laureate Suu Kyi from the top office and so she hand-picked Htin Kyaw, a close ally of hers, to become president.

Aung Shin, a spokesman for Suu Kyi’s National League for Democracy (NLD) party, said that Htin Kyaw, 71, had stepped down due to ill-health.