Mzee Meza Galana, the composer of national anthem is dead 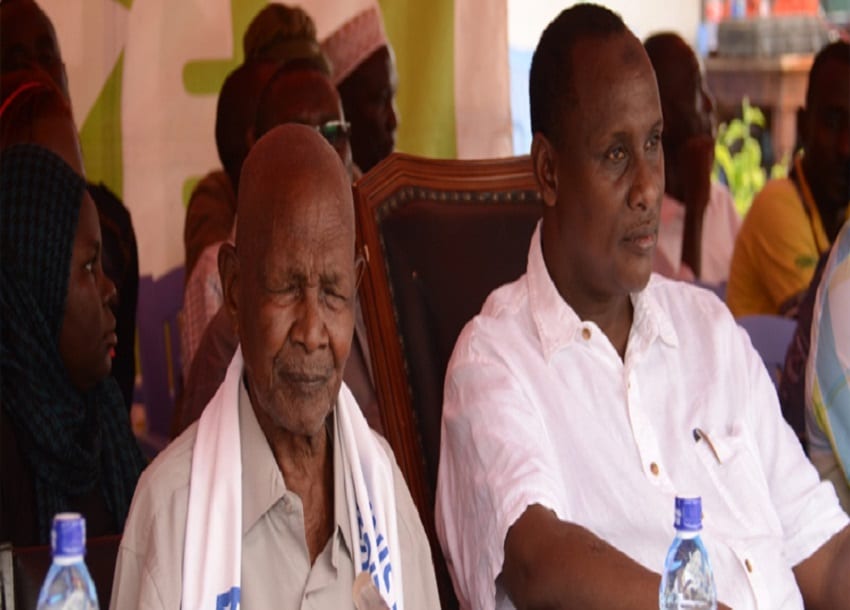 Mzee Meza Galana, the man behind the Kenya national anthem, has died.

Mzee Galana was hospitalized at Hola district hospital on Tuesday night but passed on Thursday afternoon.

95 year old Galana, who had long lived in poverty and solitude, made his contribution to the nation by composing Kenya’s National Anthem.

The once Mathematics, Kiswahili and Music teacher was 44 years old when he composed the tune that would become synonymus with the nation.

This was in honour of the contribution Galana made to the country.

Early this year, Royal Media Services Limited went back and installed solar panels on the house.

The Tana River County website in 2013 talked to Mzee Galana who accused the government of lying to its citizenry.

“Never trust the Government of Kenya,” he was quoted as saying. “The government only gives lip service to its heroes, most of who are living in squalid conditions.”

He felt his contribution to the nation by way of the tune of Kenya’s National Anthem had not been rewarded and he was destined to die a bitter and frustrated man.

“I did not hold a gun and go to the bush like Dedan Kimathi or Major Blue and others. However, I contributed the melody and the whole world acknowledges that,” stated the 95-year old retired school teacher.

Mzee Meza is reputed for Kenya’s National Anthem, which was coined from a lullaby he composed for children when he served as a teacher about 50 years ago.

“The government of Kenya has left a bad legacy. What I offered them was beneficial, but they turned it into loss. I was discarded and rejected; there was no appreciation through words or deeds. No one remembers me. Never trust the Kenya Government,” he lamented.