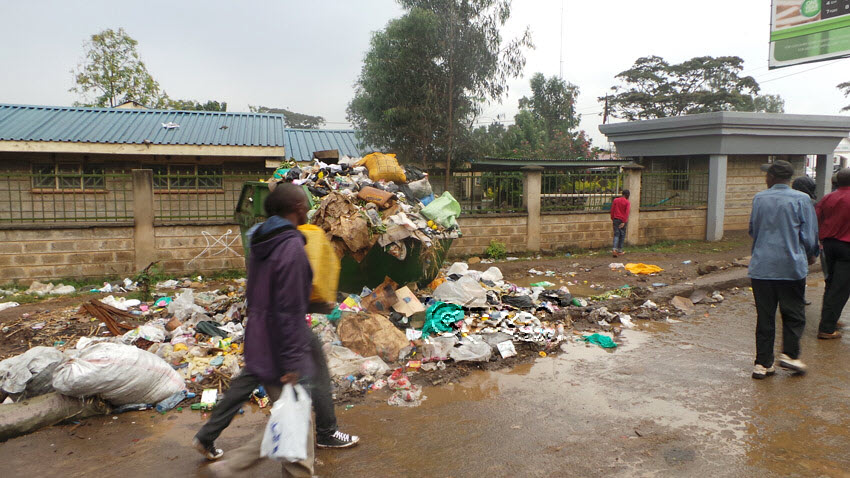 Nairobi Governor, Dr Evans Kidero, has remained upbeat on his government’s management of garbage, saying that it has tried to clean the city in the last four years.

However, Governor Kidero has vindicated his administration insisting that the amount of garbage collected since he came into power has increased to about 2,400 tons per day, his claims contradicting an audit report by the Nairobi City County and UN Habitat’s Safer Cities that says that Nairobi produces an average of 1,700 tones of solid waste daily.

“We currently collect about 2,400 tons of garbage per day because we increased the number of lorries collecting garbage to now over 90. Our challenge in this is the unregulated garbage collectors who sometimes dump inappropriately,” explained the governor, who is seeking a re-election in the August 8 polls.

Kidero also disclosed that a Ksh 27 billion re-cycle plant is underway, a move he says will tackle the garbage menace once and for all. Apparently, the funds to start the plant have been collected from strategic partners of the city as well as investors.