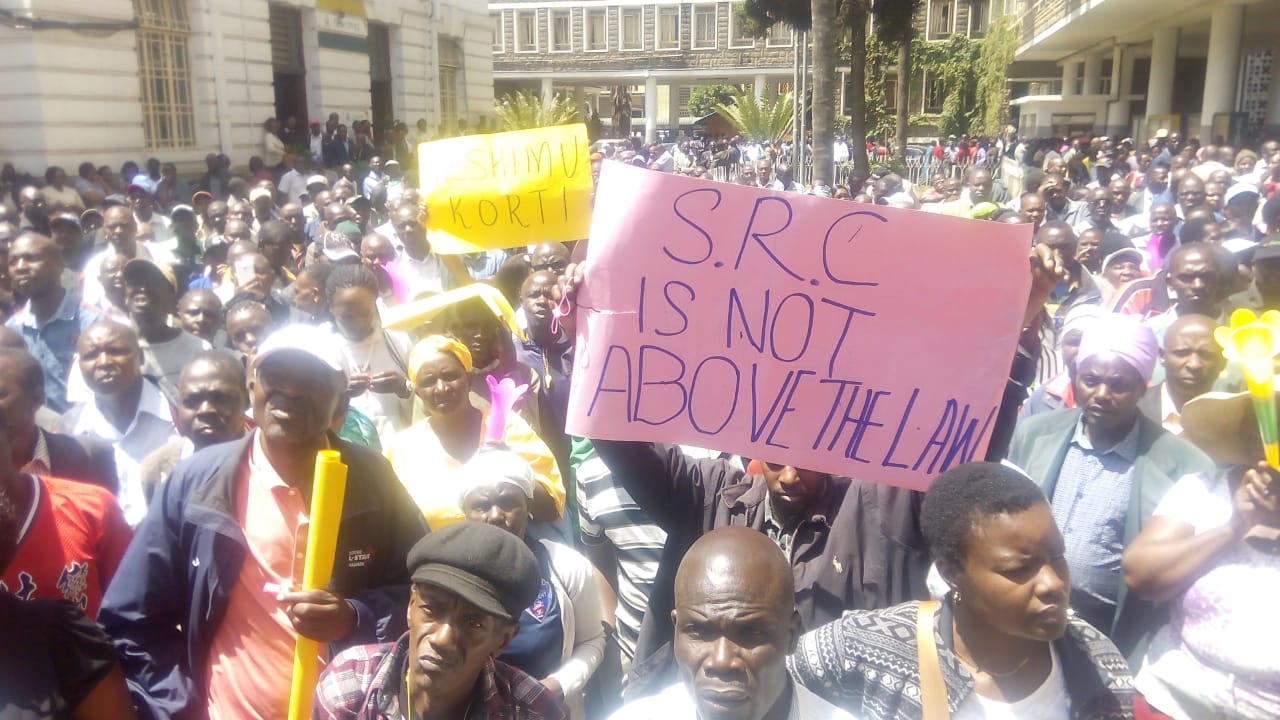 Nairobi County Government workers have downed their tools demanding the implementation of a 15% pay rise that was part of the 2017 Collective Bargain Agreement.

The 13,000 workers want the Salaries and Remuneration Commission (SRC) to give the County Government of Nairobi a go ahead to implement the CBA as ruled by Industrial Court Judge Nelson Abwodha November last year.

The workers claim that the CBA was not honored in their last pay and question why the SRC agreed to the CBA then failed to honour the court ruling.

Collins Konyokie Nkoitoi, Youth Representative in the Kenya County Workers Union said SRC has been their biggest hurdle saying they will take part in any negotiations.

Association of Public Health workers Secretary General Brown Ashira also demanded job promotion and salary for the workers saying the last time they were promoted was over a decade ago.