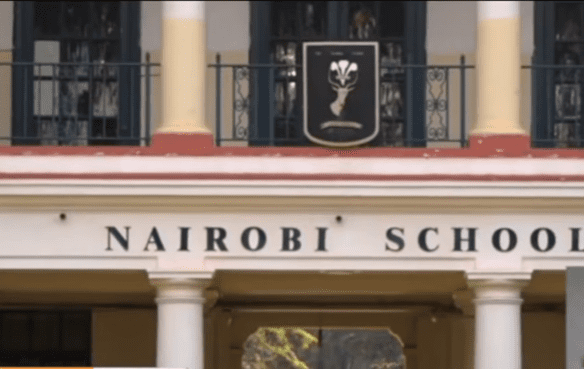 The Ministry of Education on Tuesday formed a 12-member team to investigate claims that a Form 2 student at Nairobi School was assaulted by prefects.

The plight of the boy – who was reportedly beaten by prefects at the school over a tie – was highlighted on Citizen TV Monday night, leading to more accounts of bullying in schools being shared.

The 15-year-old boy’s physical and mental condition led to him being withdrawn from the school and currently needs an urgent brain surgery, according to a consultant radiologist’s report.

Nairobi School has since said there was no report of assault on the boy by prefects at the institution, and that they also learned about it on social media.

The radiologist’s report after a CT head scan on Monday July 8, 2019, concluded that the boy has obstructive hydrocephalus; an accumulation of cerebrospinal fluid in the brain.

Further tests will ascertain what really happened to him and whether this was directly due to assault; more specifically head injury.

However, cases of bullying by prefects and senior students in public and private schools are not new since the conversation in social circles has many victims’ accounts.

For instance, on March 3, 2017, 6 prefects from Alliance High School accused of brutally bullying fellow students were arraigned in a Kikuyu court and charged with assault.

A damning report by the Teachers Service Commission (TSC) over the bullying saga put the prestigious national school under the spotlight, revealing that students were living in fear as they were forced to lie on graves regularly and crawl on grass besides being subjected to torture.

Amos Kaburu, an education analyst, believes the problem is systemic and can be traced back to the colonial system which made prefects the eyes and the ears as well as the extension of the school administration.

But, over the years, prefect power has become absolute; giving them more authority over other students, in some schools more than teachers.

“When we went to school, there was a lot of corporal punishment. But after the banning of caning in 1997, schools were left at a bad place in terms of behaviour enforcement,” said Mr. Kaburu.

He, however, maintains that although the role prefects play is critical, they have no capacity to enforce behaviour as adult teachers over their peers.

“The system itself fails to serve but in a situation where the system is dysfunctional, the prefects will end up perpetuating the same. There also needs to be capacity building for their role so that discipline is not to their discretion,” he added.

Following the conversation brought about by the case at Nairobi School, the Ministry of Education has stated that there should be a zero tolerance policy to bullying, and that prefects’ role and direct authority to punish students should be critically examined.