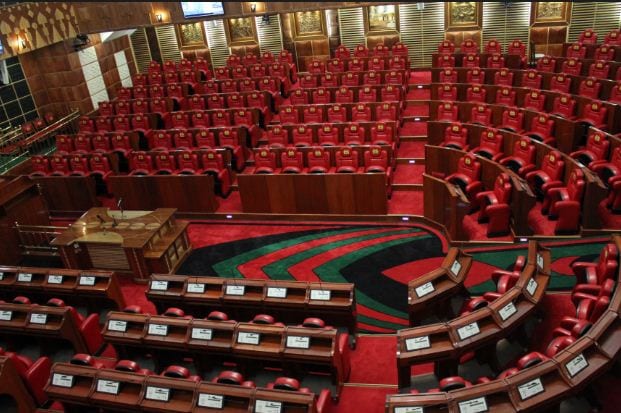 Jubilee Party MPs on Thursday morning pushed through a motion to reduce the maturity time of publication of two electoral reform Bills to one day from the previous 14 days.

Dominance of Jubilee Party played a key role in the successful passing of the contested motion with 144 MPs voting for and 53 voting against.

Speaking outside Parliament after NASA MPs walked out in protest, Kiminini MP Chris Wamalwa accused Jubilee of plotting to make changes to the  electoral laws that to favour them in next month’s fresh presidential poll.

The passing of the motion led to the immediate collapse of the consultative talks between the Independent Electoral and Boundaries Commission, NASA and Jubilee Party representatives.