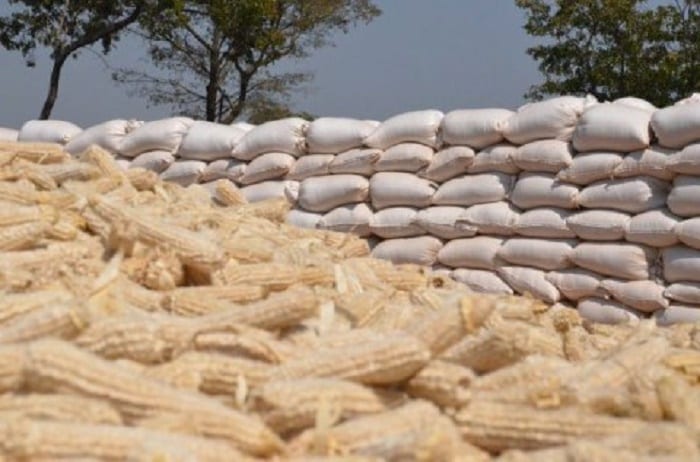 Another mega corruption scandal has erupted at the National Cereals and Produce Board (NCPB), this time seemingly linked to the nightmare of the high maize prices Kenyans have been grappling with.

Agriculture Principal Secretary Richard Lesiyampe on Monday announced the suspension of five top managers of the NCPB and put 59 other officials under investigation over suspected collusion with traders on maize importation and fertilizer pilferage.

The five managers from the Eldoret, Kisumu, Bungoma, Moi’s bridge and Nakuru silos and the 59 officials are set to answer to queries on how cunning traders filled NCPB depots with maize from Uganda as the board rejected maize from Kenyan local maize farmers.

“The 59 staff who were working in the critical facilities where malpractices were reported be investigated and those found culpable be dealt with as per the human resource management procedures of this State corporation and in accordance with our laws where applicable,” said Mr. Lesiyampe.

According to inside sources at the Ministry, the multi-billion scam was quite simple: As Kenya was making a deal with Uganda to buy 6.6 million bags of maize from the neighboring country, unscrupulous Kenyan traders rushed to Uganda and bought lots of maize at a paltry Ksh.2,000 per bag and sold them to NCPB.

It is suspected that some NCPB officials, after rejecting maize from Kenyan farmers, they bought from the traders at exorbitant prices ranging between Ksh.3,000 and Ksh.3,200.

The Agriculture Ministry sources say eight traders have been paid Ksh.1.9 billion in the last three or so months alone, money the ministry says would have paid close to 4,000 farmers.

But it’s not just maize, there is theft of subsidised fertilizer too.

The traders allegedly buy subsidised fertilizer at only Ksh.1,500 from NCPB, repackage it and sell it to farmers at Ksh.3,000 to Ksh.3,500, making a killing.

The NCPB Chief Executive Newton Terer resigned on Sunday with the ministry replacing him with Mr. Albin Sang as CEO in acting capacity for three months.

With the maize scam coming hot on the heels of a fresh Ksh.9 billion scandal at the National Youth Service (NYS), it appears to be the eating season in government.

Nevertheless, this Ksh.1.9 billion scam at NCPB seems to be just the tip of the iceberg as investigations have just begun.