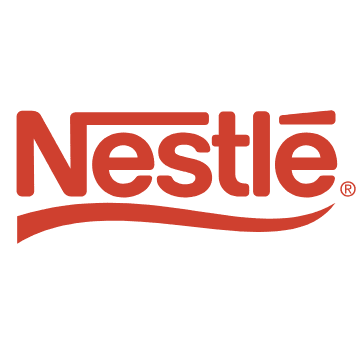 Nestle and other major companies have pulled their ads from YouTube after a video blogger raised concerns that pedophiles were using the platform to trade information and draw attention to clips of young girls.

In a 20-minute video that has been viewed about 1.9 million times since Sunday, blogger Matt Watson said the comments sections on some YouTube posts that featured girls performing things like gymnastics or yoga were being exploited by “a soft-core pedophilia ring.”

The videos themselves appeared to have been made with innocent intentions. But some users made suggestive comments and highlighted moments in which girls were in “compromising positions,” according to Watson.

He said some of the videos on the platform, which is owned by Google (GOOGL), carried ads for top brands including Disney (DIS).

Nestle (NSRGF), the owner of brands like Kit-Kat and Nespresso, decided to “pause” its advertising on YouTube after some of its ads were shown on videos “where inappropriate comments were being made,” a company spokesperson said.

Epic Games, the maker of the wildly popular game Fortnite, has “paused all pre-roll advertising” on YouTube and “reached out to Google/YouTube to determine actions they’ll take to eliminate this type of content from their service,” according to a company spokesperson.

The furor over the child videos is a fresh blow to YouTube’s reputation for policing sensitive content. Big brands have temporarily yanked their advertising from the platform in previous years after ads appeared next to extremist content.

As online anger built over the issue raised by Watson, YouTube “took immediate action by deleting accounts and channels, reporting illegal activity to authorities and disabling comments on tens of millions of videos that include minors,” said a spokesperson for the video platform.

“There’s more to be done, and we continue to work to improve and catch abuse more quickly,” the spokesperson added.

Other brands that halted advertising on YouTube include Dr. Oetker, the German food giant that sells desserts, frozen pizzas and baking products.

Dr. Oetker asked YouTube “to explain how it could happen that advertising of our company was placed in an environment that we strictly reject and consider highly reprehensible ethically,” the company said in a statement. It added that it expects YouTube to “immediately remove from its site any contributions that threaten the integrity and protection of minors.”

Disney has also suspended its advertising on YouTube, according to Bloomberg, which cited unidentified people with knowledge of the matter. Disney didn’t respond to repeated requests for comment from CNN Business.

The Nestle spokesperson expressed optimism that YouTube would be able to tackle the problems quickly, noting that the inappropriate content affected “an extremely low volume” of the company’s ads.

“We have received reassuring information from Google on temporary actions being taken and will revise our decision upon confirmation of those actions and our investigation being completed,” the spokesperson said.