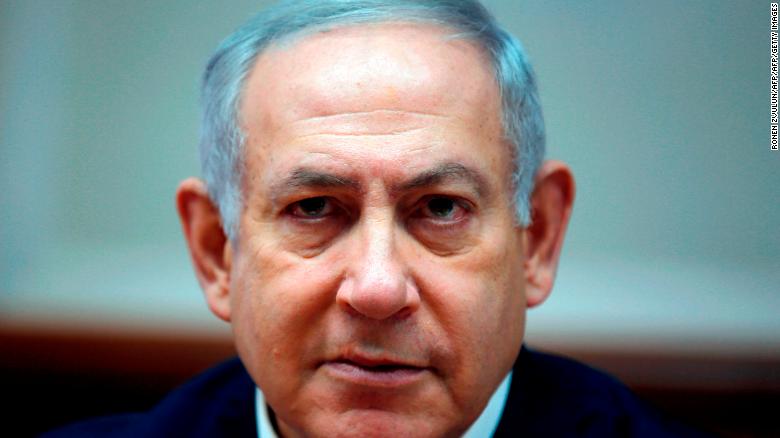 On what may turn out to be his final weekend as Prime Minister, Benjamin Netanyahu is preparing for one final fight to remain in power and extend his 12 consecutive years at Israel’s helm.

Over the past week, Netanyahu has accused the man set to replace him, Naftali Bennett, of carrying out “the greatest election fraud in the history of the country” and establishing a “dangerous” government, in language that echoed former President Donald Trump’s baseless claims following the 2020 US election. Netanyahu’s Likud party softened the false claims of election fraud on Thursday, but only slightly.

Instead of saying there were miscounted votes or systemic fraud, the party posted on Twitter that “Bennett hijacked votes from the right and shifted them to the left in direct contradiction to his [campaign] pledges. If this isn’t fraud we don’t know what is.”

In a Twitter thread that was shared by Netanyahu, the Likud said there would be a peaceful transition of power to a new government. “There always has been a peaceful transfer of power in Israel and there will always be,” the Likud wrote. The party blamed unnamed others for what it claims are the ways Netanyahu’s words were “distorted.”

But that doesn’t mean Netanyahu is resigned to his defeat or leaving the Prime Minister’s official residence on Balfour Street in Jerusalem quietly. Netanyahu has repeatedly portrayed himself as the only one who can keep Israel safe from enemies in Iran, Gaza and Lebanon.

In Israel’s 120-seat Knesset, Bennett has a razor-thin majority of 61 seats.

Netanyahu and his allies have been working to pressure politicians from the right-wing Yamina and New Hope parties to vote against Bennett’s new government in a crucial confidence vote scheduled for Sunday afternoon.

If Bennett loses the vote, his effort to oust the man for whom he once worked will have failed, likely sending Israel to its fifth election in two-and-a-half years. But the failure would leave Netanyahu as interim Prime Minister, a title he has held throughout most of Israel’s recent political turmoil.

Bennett buttressed support for his coalition when a member of his own Yamina party, considered one of those most likely to defect and scuttle the nascent government, pledged his support on Tuesday.

On Sunday, Bennett urged Israel’s longtime leader to support an orderly transition of power and not to leave “scorched earth” behind him.

“This is not a catastrophe, this is not a disaster. It is a change of government. An ordinary and usual event in any democratic country,” Bennett said at a press conference Sunday night at the 120-seat Parliament, known as the Knesset. “The system in the state of Israel is not monarchical. No one has a monopoly on power.”

Netanyahu has not yet publicly conceded defeat to his former chief of staff, fully aware of the opportunities he still has to find rifts and fissures to exploit in Bennett’s government. The coalition is set to be the most diverse in Israel’s history, including right-wing, left-wing and Arab parties.

But the alliance of eight different parties, each with its own, disparate interests, may have little common ground to hold it together other than its desire to remove Netanyahu from office.
The unity of Bennett’s government will face its first major test on Sunday afternoon, when the Knesset convenes to debate the coalition’s priorities and

policies before the swearing in vote. The debate is expected to last a few hours, during which Netanyahu and his allies will try to find pressure points to pull one party away from another. Only then will the speaker of the Knesset, a member of Netanyahu’s Likud party, call the confidence vote.

It will be a critical moment, one that not only decides the leader of the country, but also reveals whether Netanyahu, long considered the “magician” of Israeli politics, has one more trick to play.