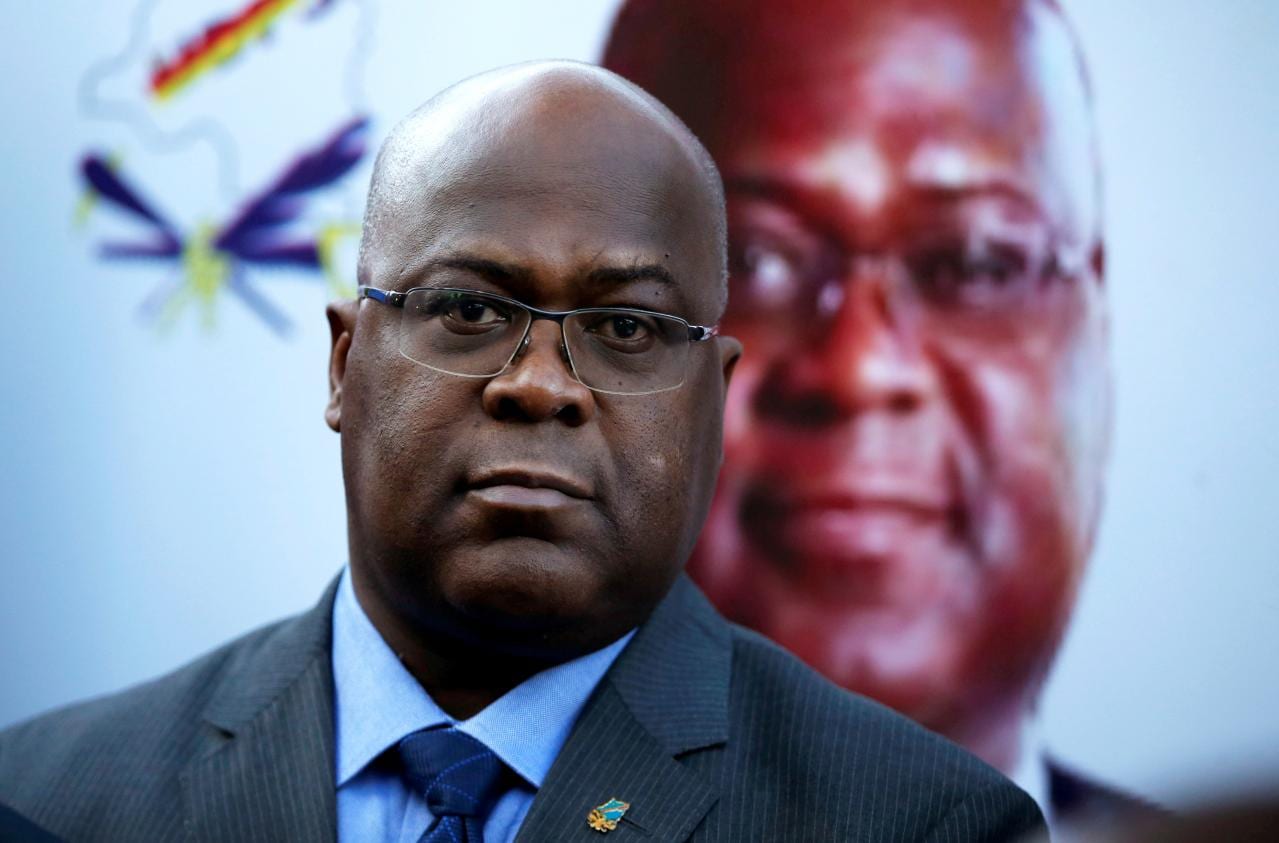 Democratic Republic of Congo’s new President Felix Tshisekedi was briefly taken ill during his inaugural address on Thursday but returned to the stage to complete his remarks.

Tshisekedi said he was exhausted by the long election process and the emotion of the occasion.

Opposition leader Felix Tshisekedi was sworn in on Thursday as Democratic Republic of Congo’s president, succeeding Joseph Kabila in the vast central African country’s first transfer of power through an election in 59 years of independence.

Tshisekedi’s victory in the Dec. 30 election was marred by accusations he struck a backroom deal with the outgoing president to deny victory to another opposition candidate. Kabila and Tshisekedi’s camps reject those allegations.

Tshisekedi, wearing a blue suit and dark glasses, took the oath of office before a crowd of thousands of cheering supporters, government officials and foreign ambassadors.

However, in a sign of lingering doubts about the vote’s credibility, Kenya’s Uhuru Kenyatta was the only foreign head of state present.

Still, the imagery of one leader handing off the presidency to another as Kabila wrapped the presidential sash around his successor was striking in a country where previous power transfers have resulted only from coups, assassination or rebellion.

It was a surprise denouement to a protracted political crisis, during which Kabila, who came to power after his father’s assassination in 2001, repeatedly delayed elections beyond the end of his official mandate two years ago.