Nigerian military backs Buhari as calls for his resignation mount 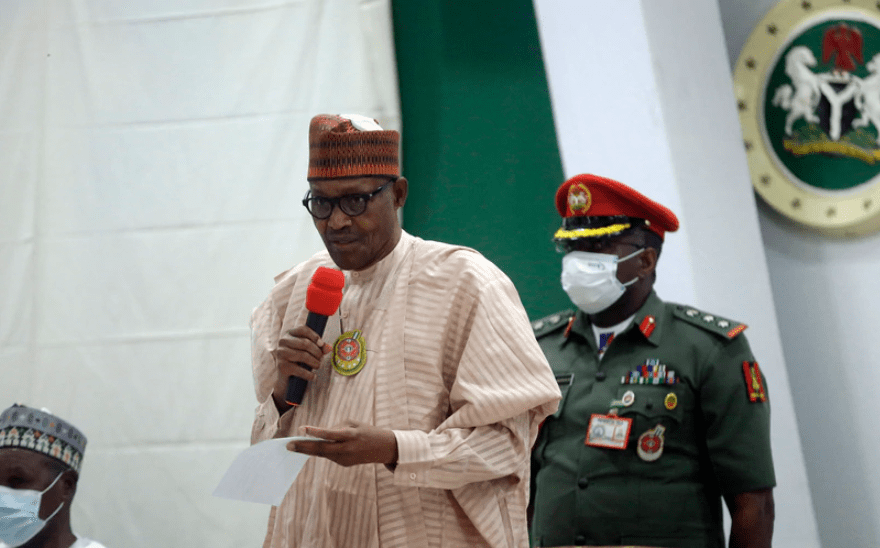 Military spokesperson Onyema Nwachukwu said the military will uphold the country’s democracy and warned against plots to overthrow the government.

But criticisms of Buhari’s administration by civil societies, political and religious groups have grown in recent weeks due to escalating insecurity.

Raphael Adebayo, founder of the Free Nigeria Movement, a civil society group, says the government can no longer handle the situation.

“The insecurity in the country has affected every other sector of the country. Our economy is in shambles, education is a tartas [disaster], there’s no hope whatsoever, the poor are getting poorer and the presidency has run out of solutions,” he said.

President Buhari, a former military general, was elected in 2015 and vowed to subdue jihadist group Boko Haram in Nigeria’s northeast, which has killed over 36,000 people and displaced more than two million.

But six years later, things are getting worse. Boko Haram is expanding its enclaves in the northwest of the country, while banditry, kidnappings and communal clashes are on the rise.

Ariyo Dare is the founder of Centre for Civil Liberty and Development, another group demanding the president’s resignation.

“It is our candid view that the president should resign. He is currently incapable of leading this country. His mental capacity has failed him, so also his frail health has failed him,” he said.

President Buhari was reelected for a second term in 2019.

Dare says the president is not likely to willfully resign but predicts security issues will be a major topic in the next polls two years from now.

“It is important that whoever is going to succeed general Buhari in 2023 will be such a leader who has shown competence and will be able to galvanize the entire country to be on the same page in terms of fostering our unity,” he said.

Last week, lawmakers urged the president to declare a state of emergency over the country’s security. On Tuesday, Buhari met with his top security chiefs to fashion a way forward.