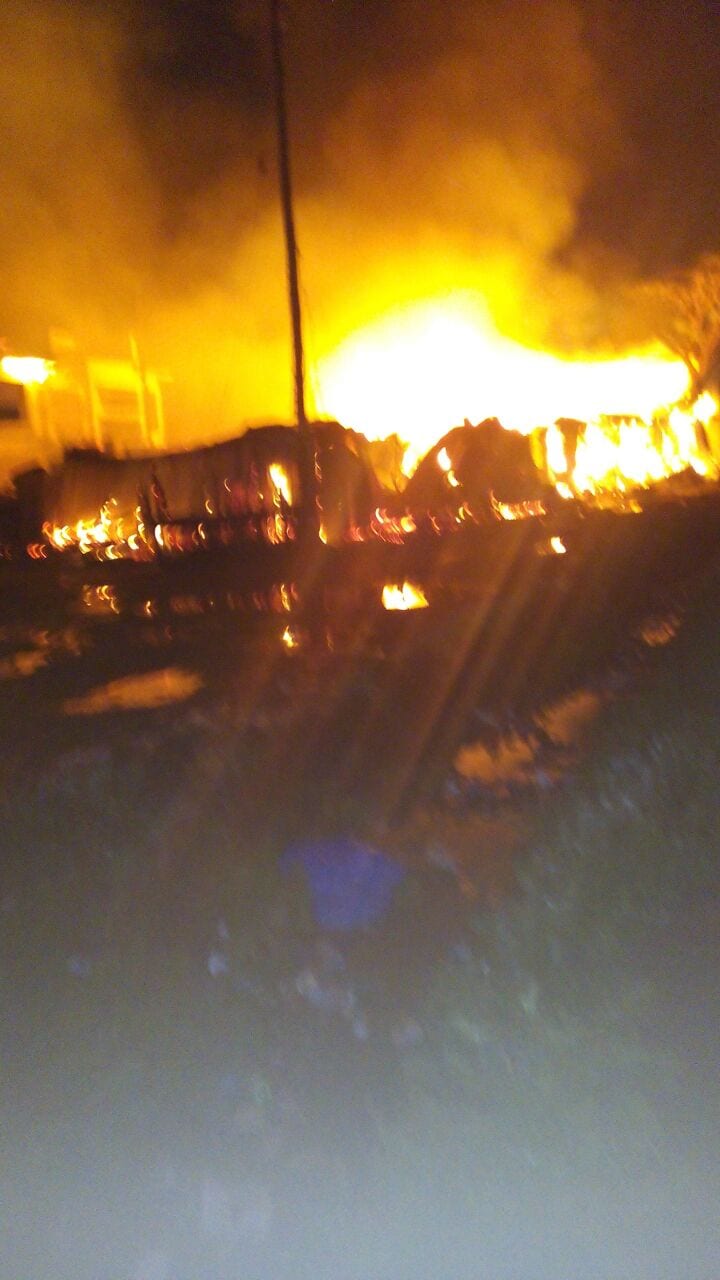 Over 260 families have been left homeless after their houses were razed down by fire at Obaro Beach in Bunyala South, Budalangi constituency.

While confirming the incident, area Assistant Chief Samuel Oduma indicated that no one was injured in the 11 pm inferno.

Oduma added that the fire, which is reported to have started from one of the houses before spreading, was so big that nothing was salvaged.

Area Member of Parliament Ababu Namwamba who visited the victims revealed that his office has already given a report to the national special programs to enable the affected families to receive emergency support.

Namwamba, however, regretted the manner in which the national and county disaster management is responding to emergencies saying that their teams are still not prepared to handle such cases.

The legislator urged residents to consider using other building materials such as iron sheets and mud other than the papyrus reeds and grass that they are currently using as they are highly flammable.