Nightmare as hundreds stuck for hours in Namanga, Gilgil 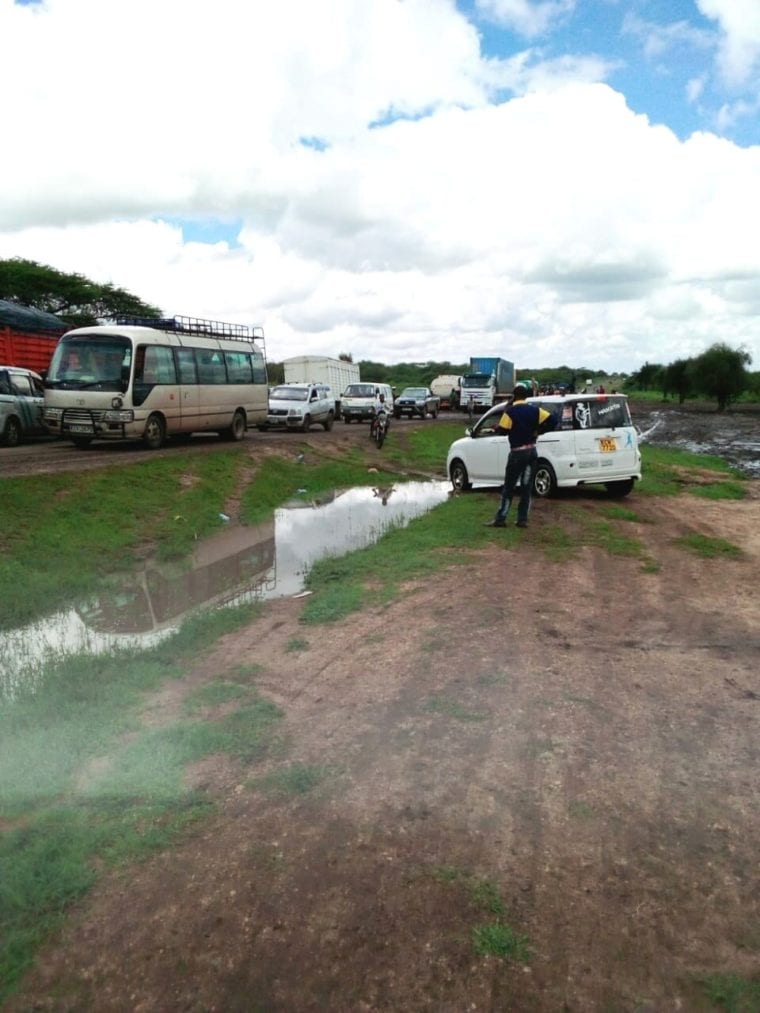 Transport has been paralyzed on the Kajiado-Namanga highway, Gilgil and Londiani routes.

This follows a landslide near Kumpa caused by the ongoing heavy rains in the area.

Hundreds of motorists and passengers were forced to spend the night in the cold. 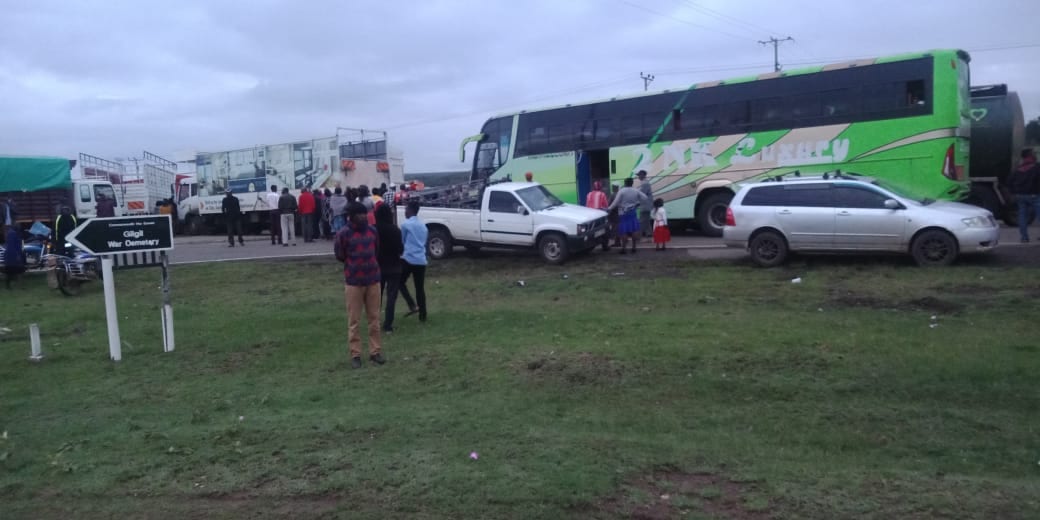 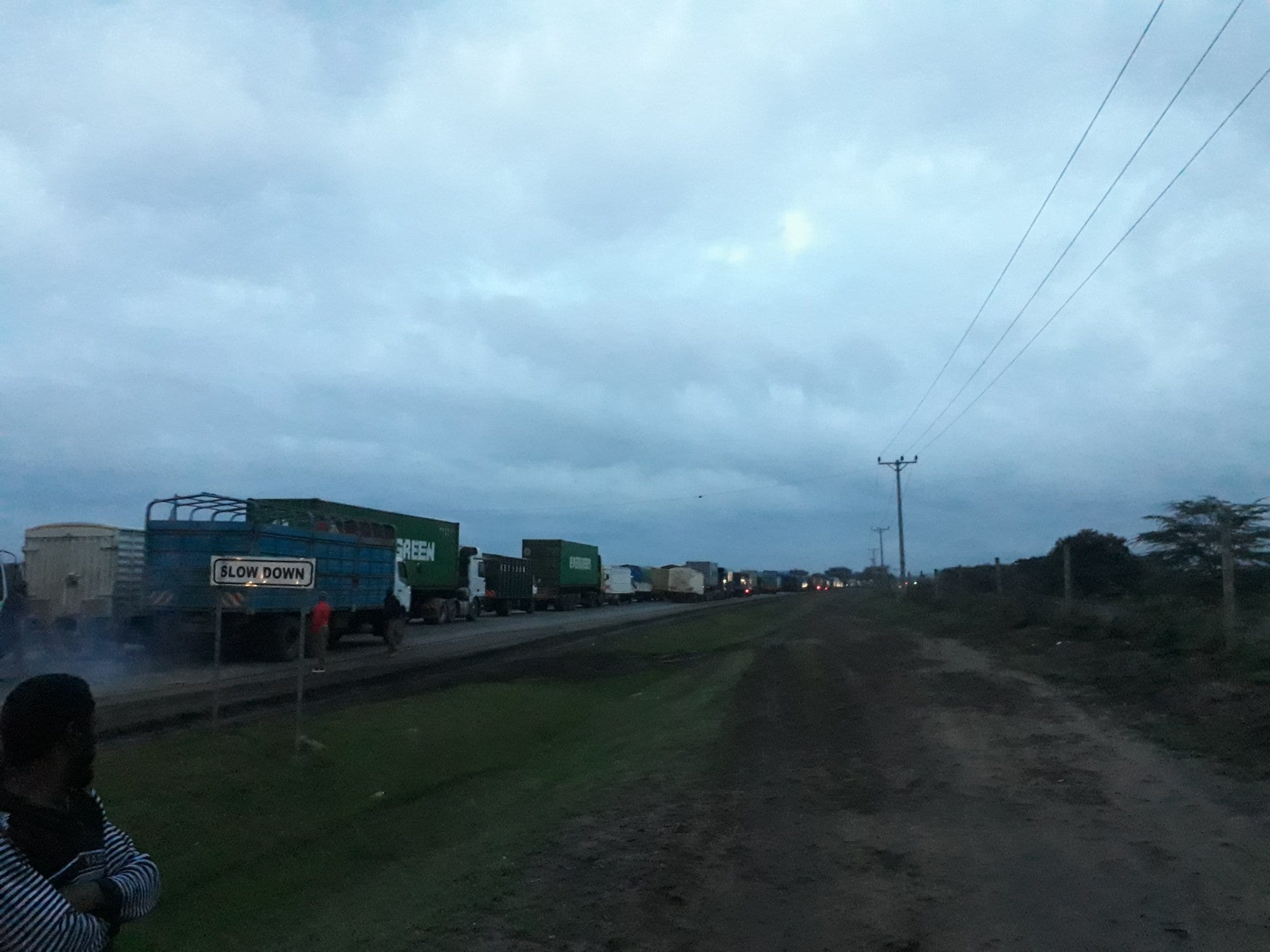 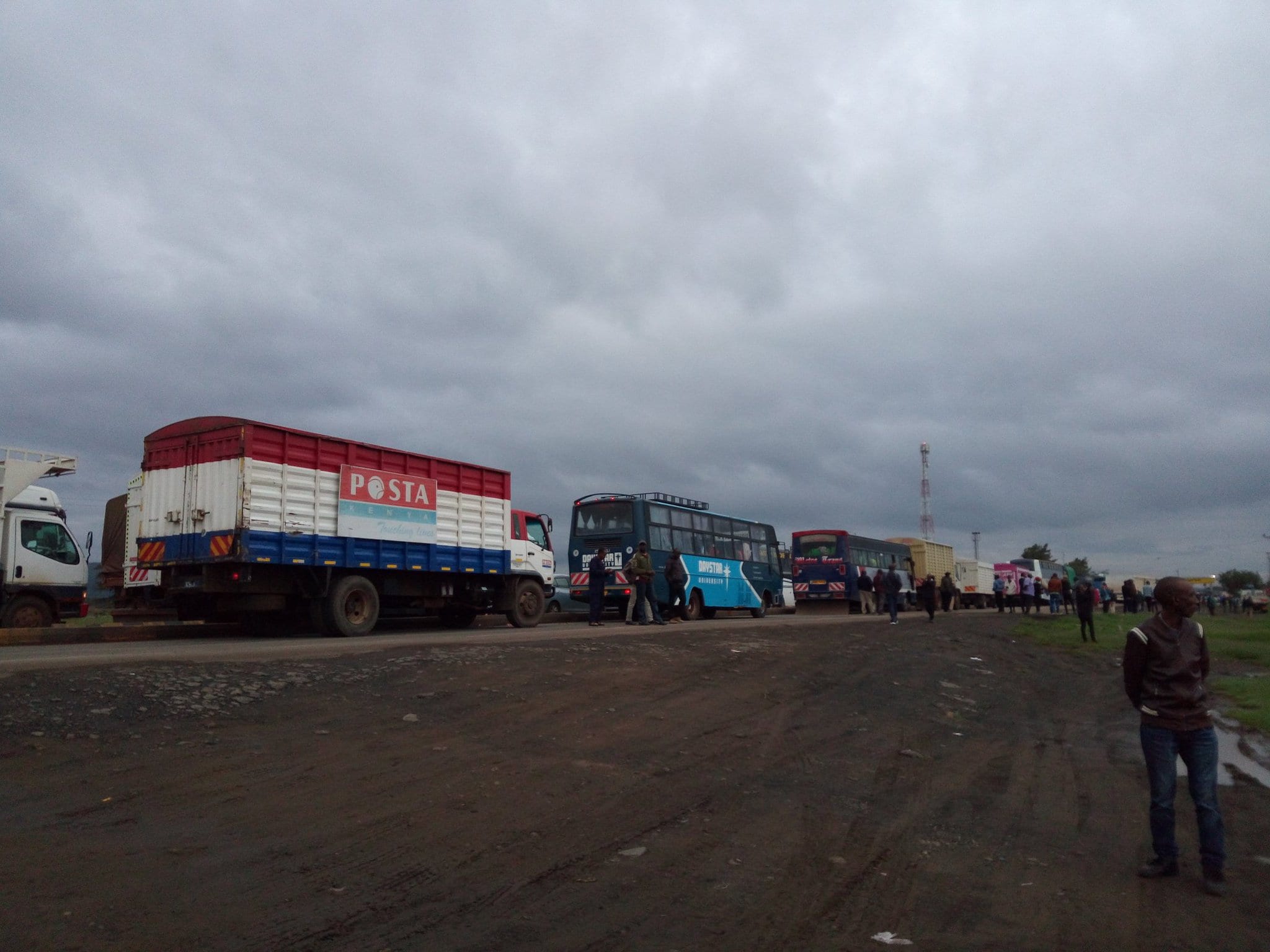 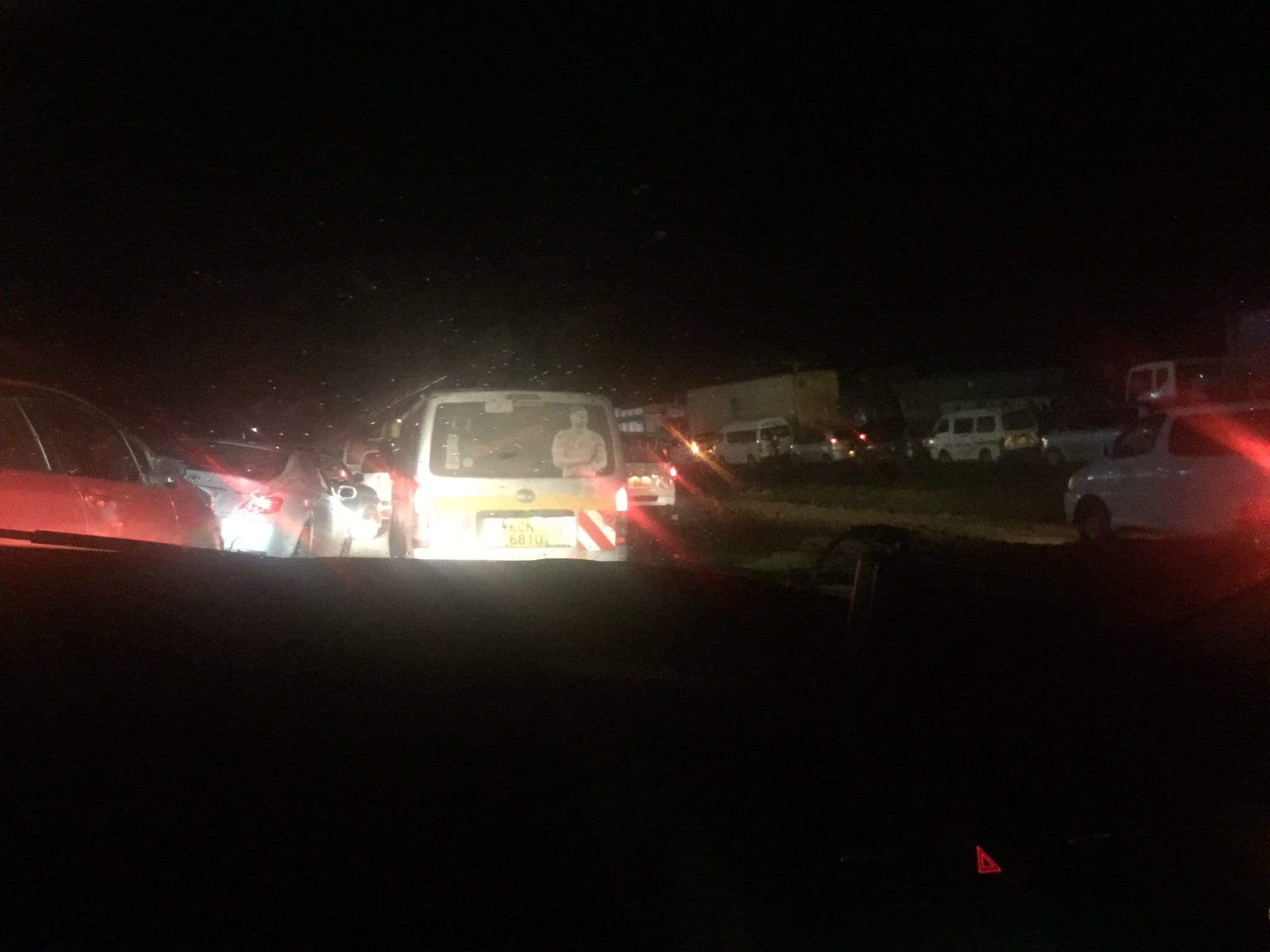 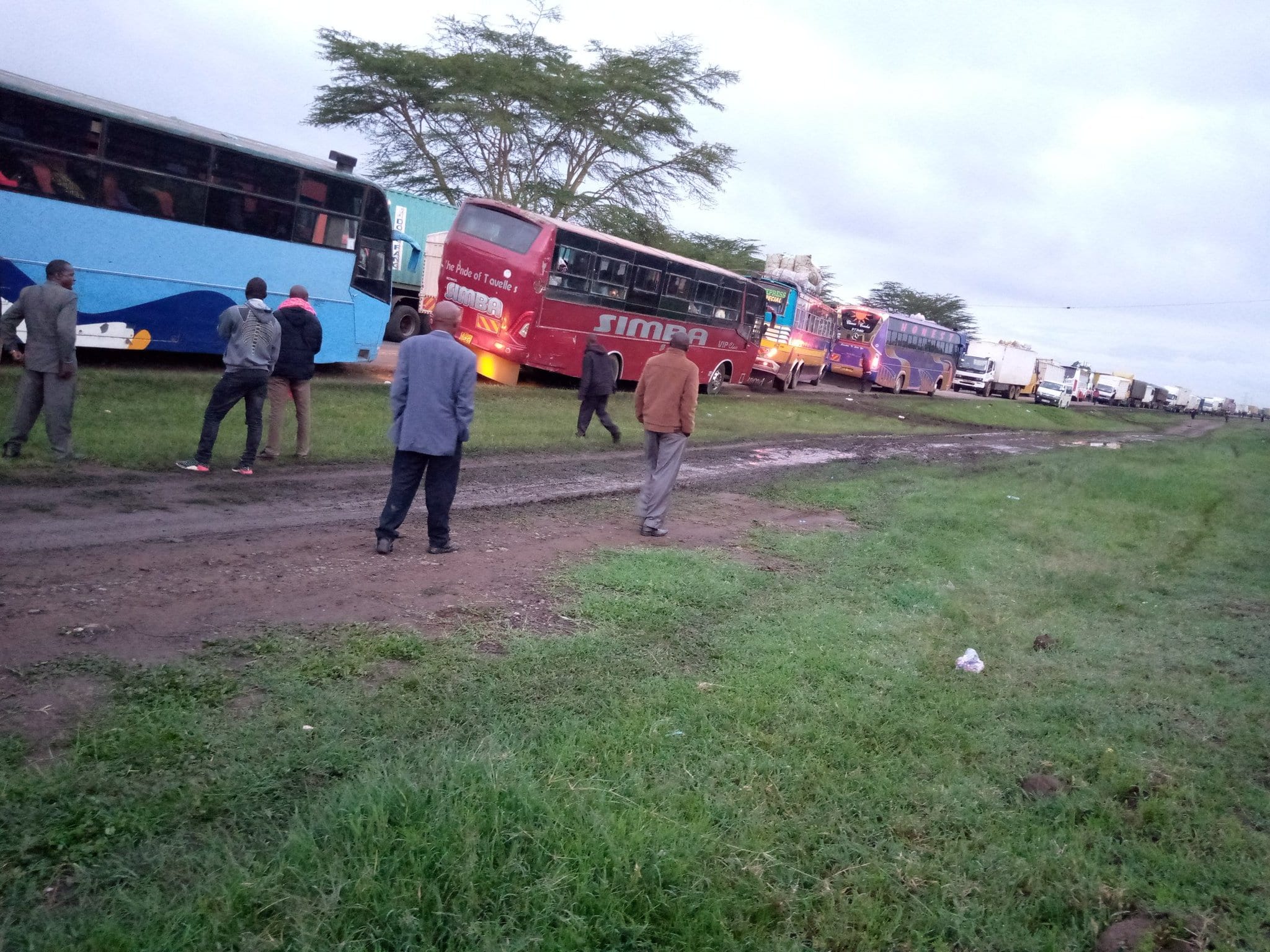 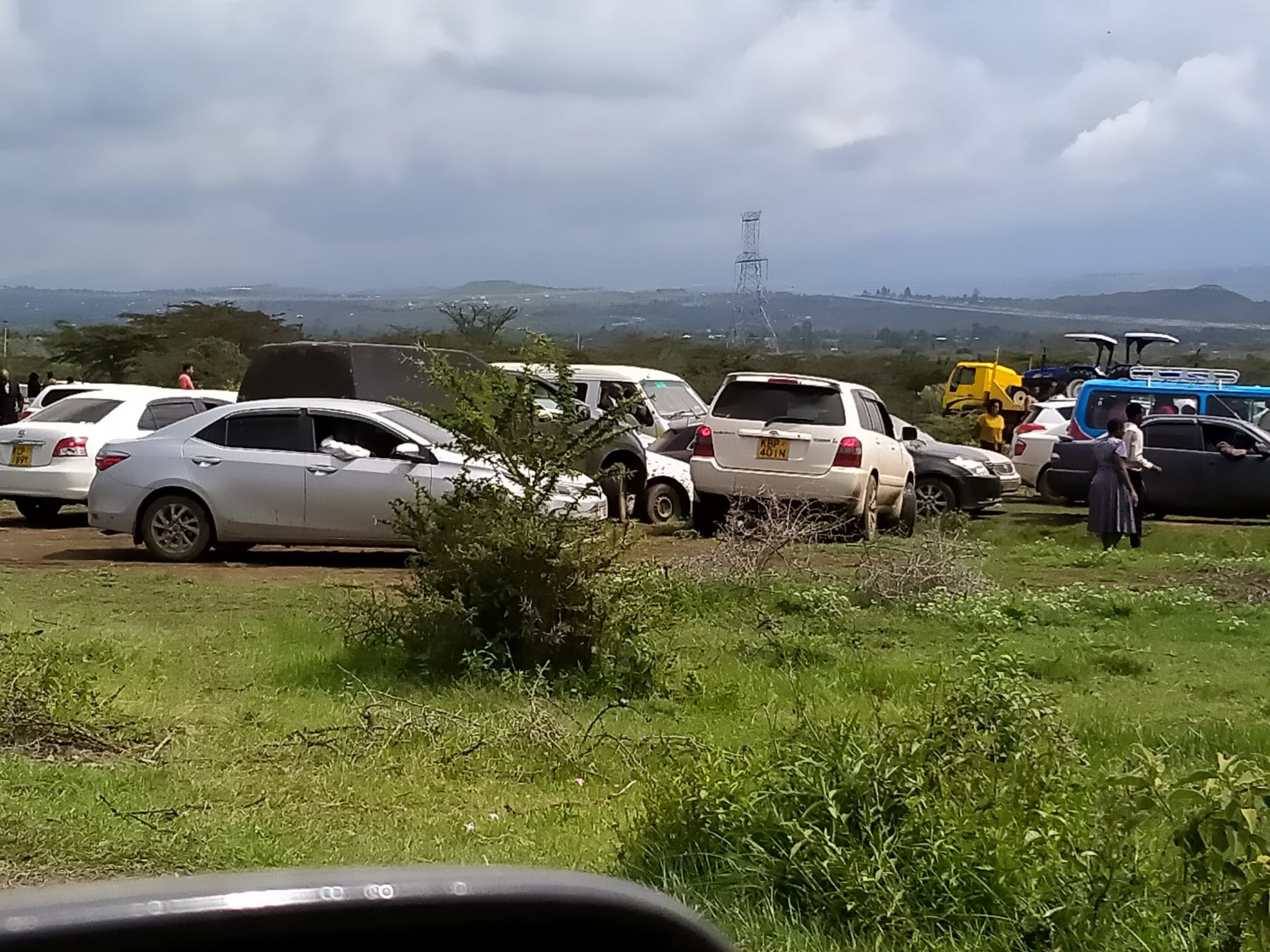 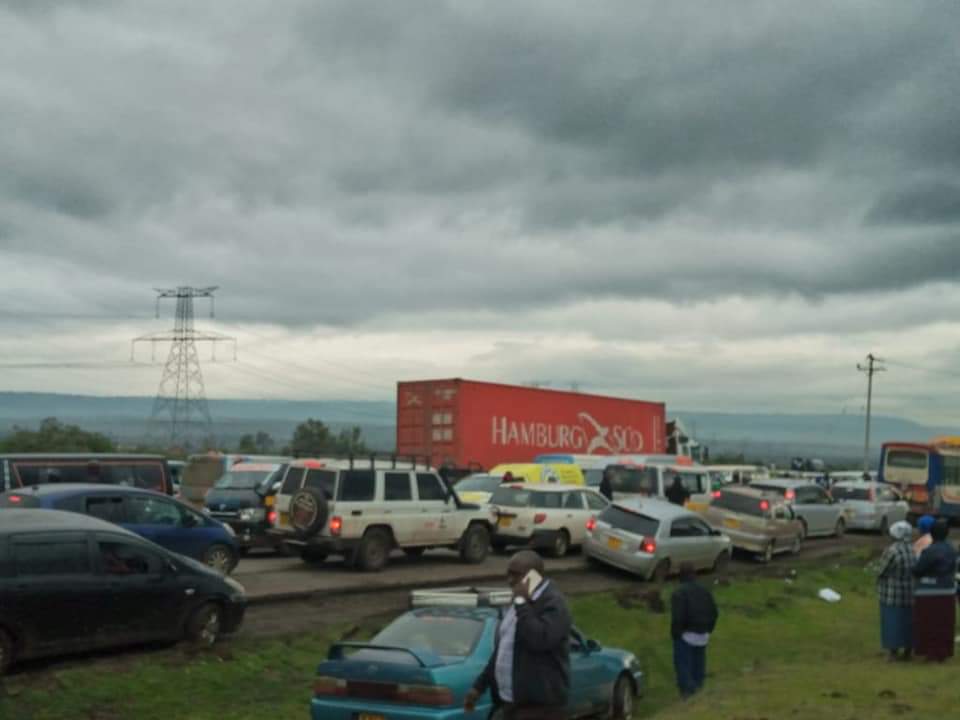 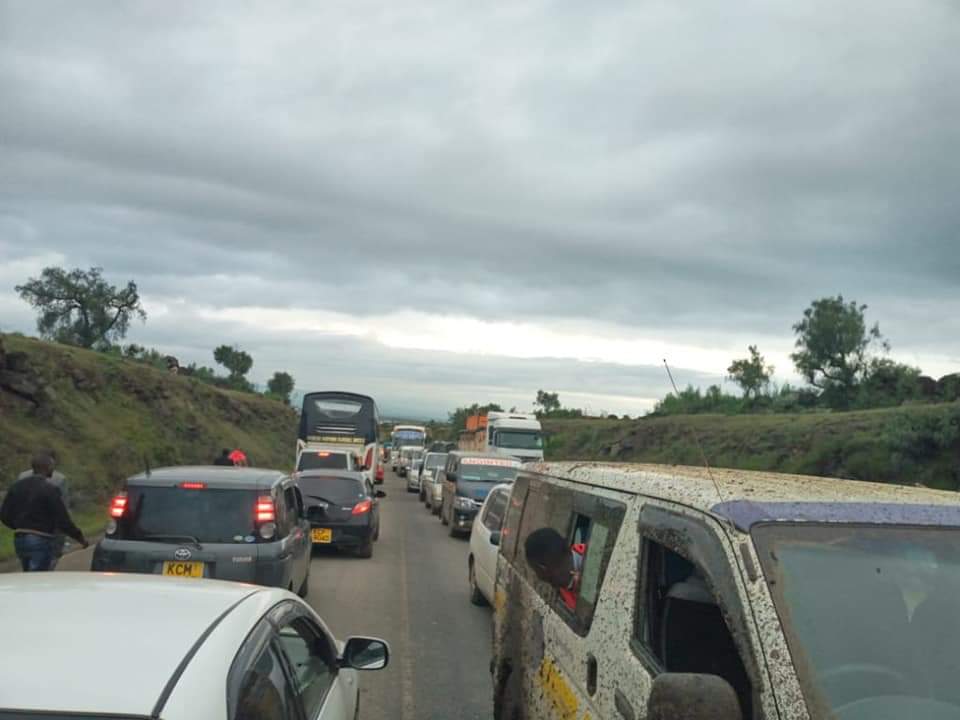 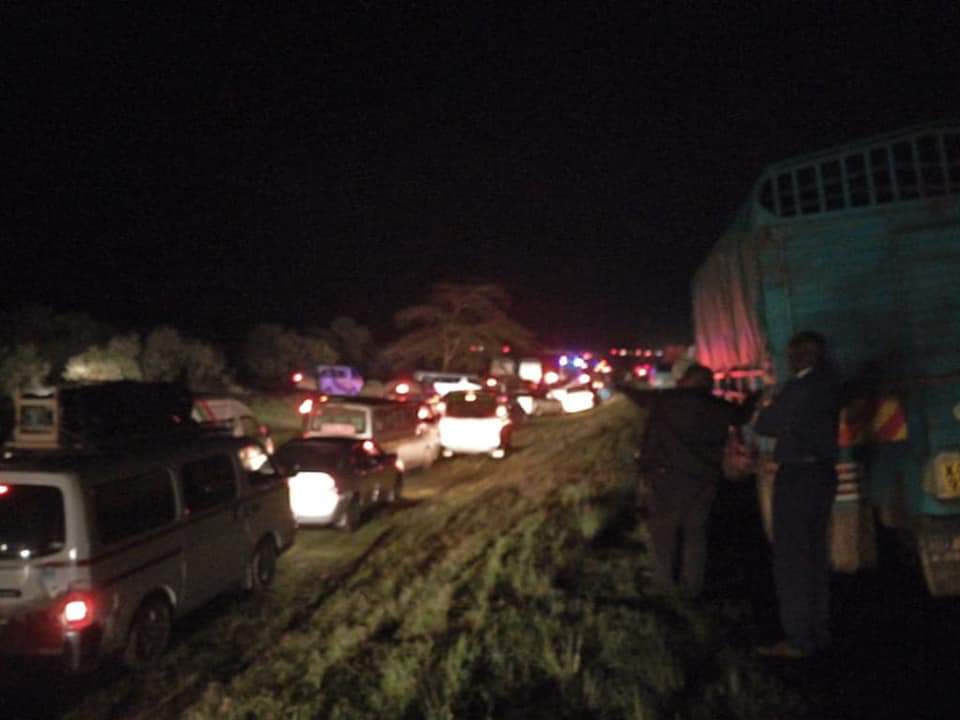 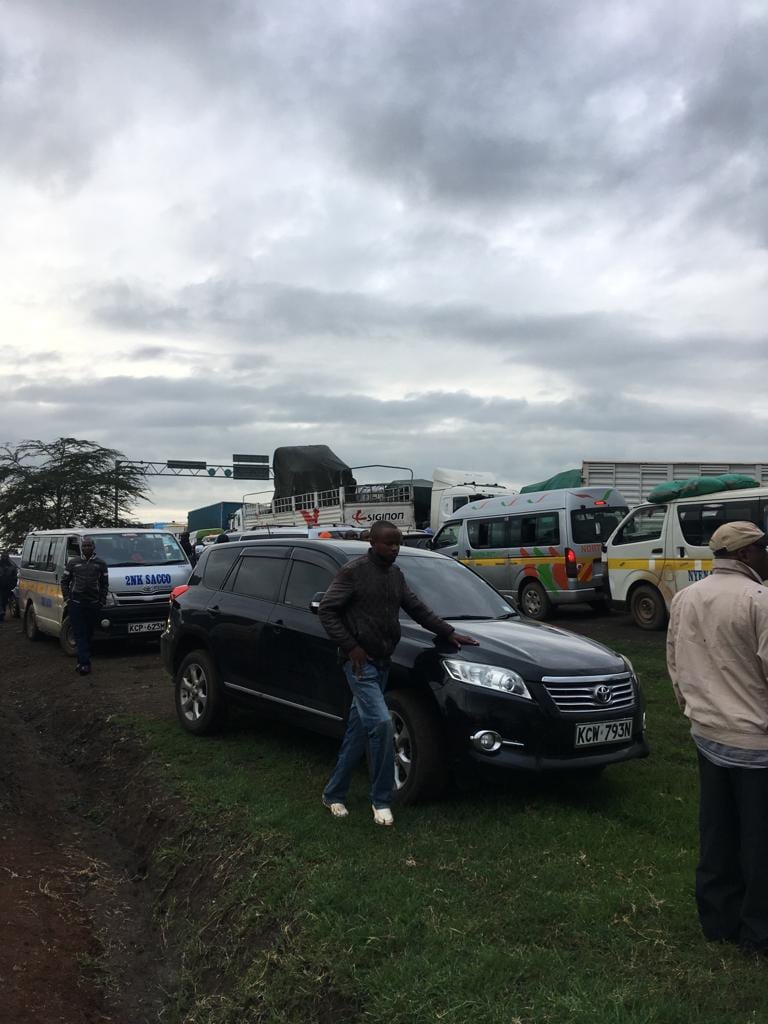 There was a huge traffic snarl-up after the debris from the landslide blocked the major highway.

The landslide has also affected motorists heading to neighboring Tanzania.

Some lamented over having to spend hours on the road with their families while transport operators counted huge losses incurred following the stall.

“It started yesterday 6pm. Tumelala pale Gilgil weigh bridge. Hunger, sleep and rain all over. Children are crying because of hunger. A bread is going for 200/. I think it’s high time the government makes Nakuru – Nairobi highway a dual carriage road,” Gideon Kibicho said on Twitter.

“I feel sorry for Hundreds of motorists who have spent the night at Gilgil on the busy Nairobi–Nakuru highway over a huge traffic snarl up. Motorists between Kikopey and the Gilgil weighbridge have literally switched off their engines and gone to sleep. It’s bad!” Alinur Mohamed said.

Area residents are now working with some of the motorists and passengers to remove the debris from the highway.

Meanwhile, motorists and passengers were also forced to spend the night along the Nakuru-Nairobi Highway due to a heavy traffic snarl-up that lasted for over 17 hours.

The snarl-up was caused by those attending the pass out parade at NYS Training Centre in Gilgil.

There were also several graduations at universities in the area adding to aftermath of heavy rains pounding the region.

On Saturday, the Londiani-Molo-Njoro route was also reported to be a no-go zone after the bridge at Molo posta collapsed.

The Kenya National Highways Authority (KeNHA) has since issued an advisory to motorists.

“Vehicles overlapped other motorists along the road causing a gridlock. The police are on the ground directing vehicle flow. We urge all motorists to cooperate with the Police and exercise courtesy as the traffic is being directed to ease flow,” said Clara A. Ouko, KeNHA’s Senior Corporate Communications Officer.