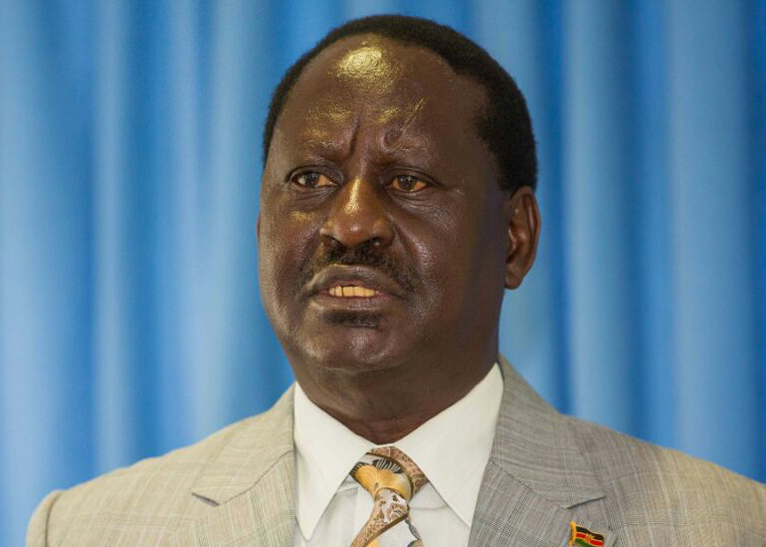 National Super Alliance (NASA) Co-principal Raila Odinga has dismissed rumors going round that the opposition coalition has settled on a Raila-Kalonzo team as NASA’s flag bearer and running mate.

On Tuesday, ODM’s Secretary General Agnes Zani stirred fresh controversy when she affirmed that NASA’s National Coordinating Committee (NCC) had settled on the line-up, with Amani National Congress supporters accusing ODM of sabotaging the unity of the opposition by leaking sensitive information to the public domain.

Speaking while addressing the media on the launch of Delivery Portal by the government at Orange House on Tuesday, the former premiere said that the NCC has not yet settled on the appropriate line-up and when they do so, they will be professional enough to hand it over to the central committee for action.

“If a line-up has been agreed upon, it will be officially unveiled to the public, we will come and tell you,” said the ODM Party leader.

However, Mr Odinga slammed the government of failing to deliver to Kenyans on what they promised therefore struggling to account for the four years they have been in office, insisting that the Uhuru-led administration has misappropriated the Ksh176million Eurobond money.

“Jubilee’s report on infrastructure does not add up. The electricity connection figures are marred. It is 5.8 m customers not households. Even the tarmac roads increased is only 300km,” said Raila Odinga.

Odinga also said that there are no ODM preferred candidates and that no aspirant is indispensable, warning that the party will not tolerate violence in the coming party primaries.