‘Nobody can stop reggae!’ Raila says referendum to be held before 2022 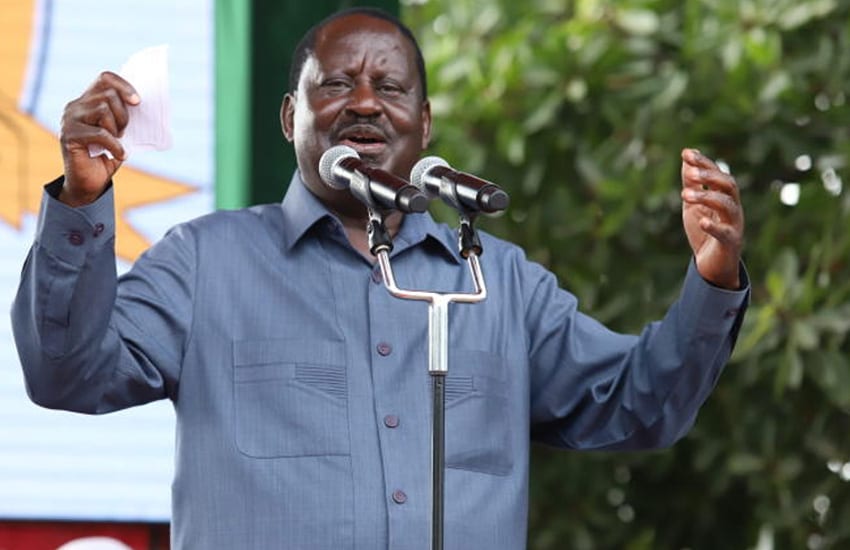 ODM leader Raila Odinga has asked Kenyans to brace themselves for a referendum before the next General Election.

Mr. Odinga dismissed those who have been insisting that a referendum can be done jointly with the forthcoming 2022 elections saying it is impossible.

“If there is need for a country to do a referendum, the country does it. It has been done in European countries, in civilised democracies. Why do Kenyans not want it? Why are we being told do it together with the General Election? That will not work. We will do it before the next General Election,” said Odinga

The ODM leader said the referendum will cost less than Ksh.2 billion saying the cost of elections in the country has been high because of graft.

He further assured Kenyans that the Building Bridges Initiative (BBI) has been ongoing and that together with President Uhuru Kenyatta, they will soon unveil the final report which will set the stage the stage for a referendum.

“Myself and President Uhuru Kenyatta are going to receive this BBI report and we will make it public. Reggae did not stop it went on half time. The players have been getting some kind of massage and instructions from the coaches… so shortly the reggae is going to be back. Nobody can stop reggae and eventually we believe that we are going to bring things together and is going to help us in improving governance structures in this country,” he stated.

At the same time, the former Prime Minister distanced himself from the notion that it is only opposition MPs who can oversight the government, stating that under the current dispensation all MPs including Jubilee legislators have a critical role of keep the government in check.

Mr. Odinga was speaking at Chungwa House during the swearing in of new ODM Party officials.

He also expressed optimism that very soon Kenyans will defeat the COVID-19 pandemic and assume their normal lives.

The ODM leader also downplayed claims by Deputy President William Ruto that there exists a ‘Deep State’ that is seeking to block his ascension to President in 2022.