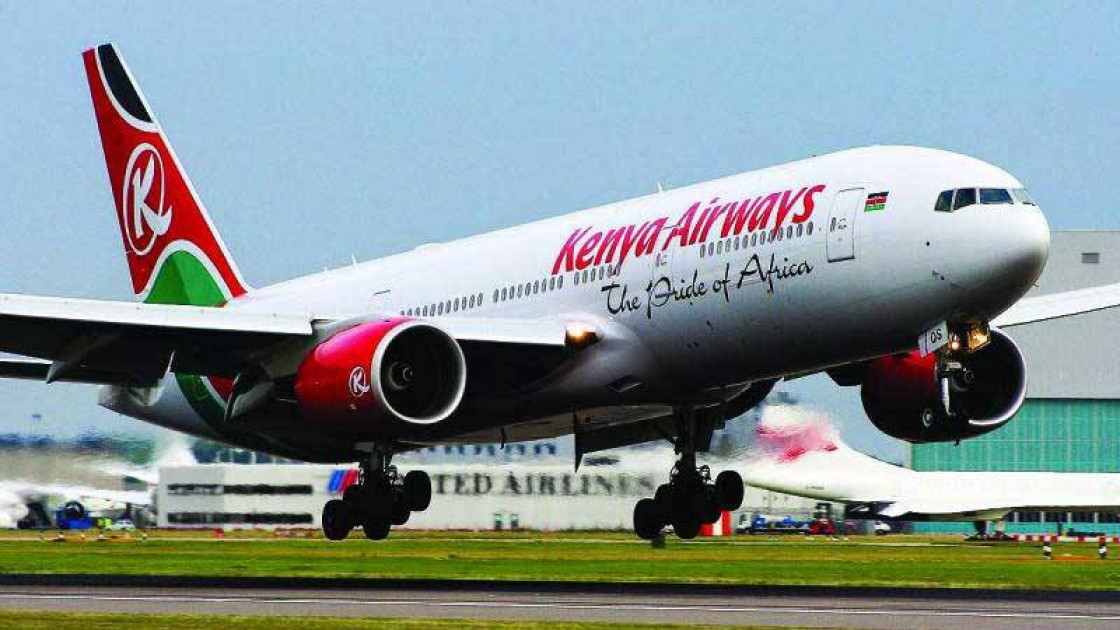 File image of a Kenya Airways airliner taking off.

Although the Employment and Labour Relations Court ended the four-day pilots' strike that had grounded Kenya Airways flights, the aircrafts are not back in the skies with the airline only operating partially for the better part of the day.

The airline says normal flight operations will only resume from Friday.

As the airline crunches the numbers to ascertain the losses incurred after the industrial action, the management says the return to normalcy will not be a walk in the park and will require double effort.

Pilots who have indicated their willingness to resume their duties now await to be scheduled.

This is however complicated by the fact that more than 130 pilots who had joined the strike had used illness as a reason for their failure to report to work thereby invoking the fit to fly protocol requirement to clear the affected pilots back to the skies.

The airline has already put in place measures to facilitate travel for passengers who were stranded following the pilots strike linking the passengers to connecting flights through different African countries.

This schedule shows that Kenya Airways was still transporting passengers to Addis Ababa, Dar es salaam, Entebbe, Johannesburg and Harare in Zimbabwe. Passengers flying to London will depart Thursday at 2 am.

At the Jomo Kenyatta International Airport, the long queues witnessed at the commencement of the strike have died down.

The tent erected to cater for those whose travel plans were disrupted had only a few passengers as most have either departed or are in the hotels waiting for the scheduled flight time.

The airline, which was on the path to recovery having suffered greatly from the effects of travel bans occasioned by the COVID-19 pandemic, is also set to prioritise cargo flights and especially those ferrying fresh produce and pharmaceuticals to cut down on the losses incurred not just to the national carrier but also the affected suppliers and consumers.