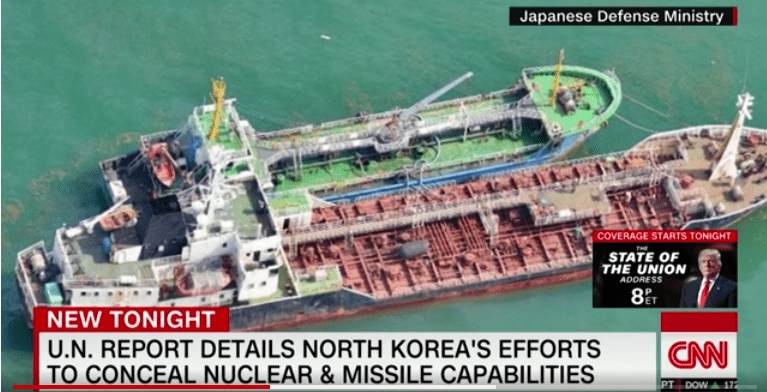 North Korea is moving its nuclear and ballistic weapons to hide them from potential US military strikes, according to a UN Security Council diplomat citing a confidential UN report.

The North Korean nuclear and missile program remains intact and shows no change in North Korea’s behavior, says the bi-annual report, even as US President Donald Trump confirmed his second summit with North Korean leader Kim Jong Un will take place later this month in Vietnam.

Last week, Trump praised North Korea for “tremendous progress” in negotiations, but the source told CNN this report indicates Pyongyang is trying to keep its nuclear and ballistic program ready to launch.

The UN diplomat said the report found “evidence of a consistent trend on the part of the DPRK to disperse its assembly, storage, and testing locations.”

International sanctions are not working effectively to deter North Korea’s nuclear development, says a summary of the report seen by CNN.

North Korea, which has called for sanctions to be lifted, “continues to defy Security Council resolutions through a massive increase in illegal ship-to-ship transfers of petroleum products and coal” the summary alleges. Previous reports have also charged North Korea with these violations.

The diplomat cited US and Singaporean banks involved in facilitating North Korean fuel payments, as well as “a leading UK insurer that provided protection and indemnity cover to one of the vessels involved.”

The diplomat said the report found one petroleum transfer worth more than 5.7 million US dollars.

The summary also accuses North Korea of violating a UN arms embargo and supplying small arms, light weapons and other military equipment to Libya, Sudan, and Houthi rebels in Yemen, through foreign intermediaries.

Trump later declared that the meeting had eliminated any nuclear threat posed by the North Korea, even though the meeting produced no verifiable proof that the rogue regime will discontinue its nuclear program, as CNN has previously reported.

In January, the Pentagon’s Missile Defense Review stated that North Korea remains an “extraordinary threat” to the United States.