Not again! One dead, 10 injured after grisly accident in Salgaa 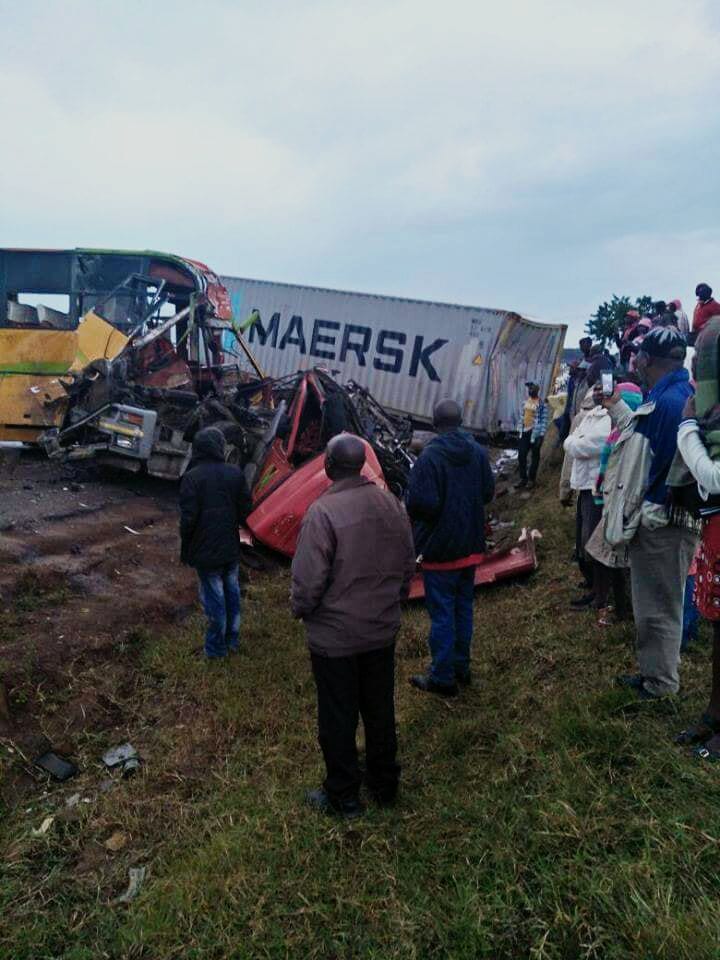 One person died and ten others injured after a Dar-es Salaam bound bus rammed into a lorry at Nakuru Teachers College near the infamous Salgaa black-spot along the Nakuru-Eldoret highway early Friday morning.

The bus, travelling from Kampala lost control and partially collided with the lorry before landing into a ditch.

Speaking to Citizen Digital, Rongai OCPD Japheth Kioko said the driver of the bus died on the spot and the injured passengers were rushed to Nakuru General Hospital.

“The driver died on the spot and the injured  were taken to hospital where they are being treated,” said the OCPD

This comes even after 12 people travelling in a Great Rift Shuttle died and two others injured on November 19 after an 11-seater matatu collided with a truck at the same area.