Nurses agree to suspend strike to allow for talks 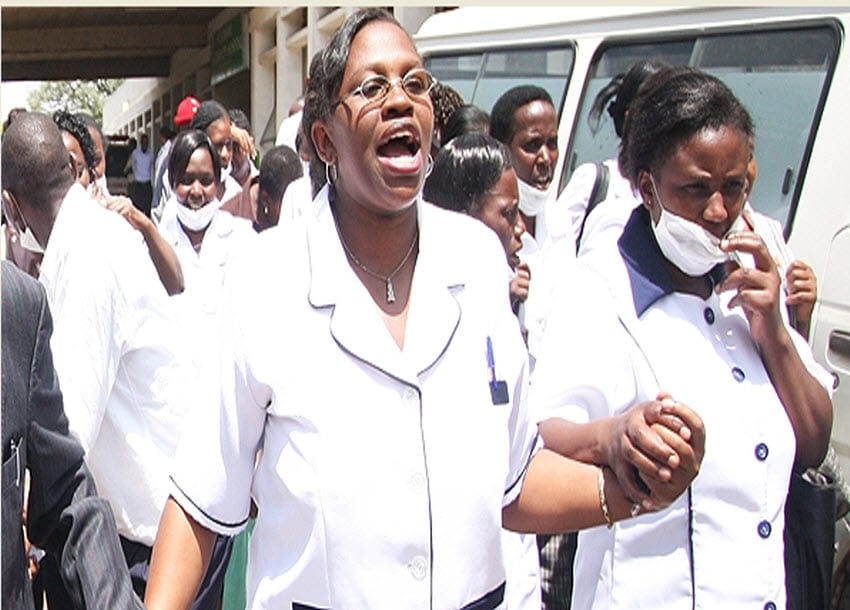 The Council of Governors and the Kenya National Union of Nurses (KNUN) have reached a deal to have the medical services staff strike suspended for sixty days to give room for negotiations between the two parties.

In a statement to newsrooms signed by Joseph Tanui, Chairman of the County Governments negotiations team on Wednesday, July 2, the Council says that it has appealed to the nurses’ union to suspend the strike as they iron out the issues at hand.

“The Council, through its negotiating team led by its chairperson, Joseph Tanui held a meeting with the nurses’ union leadership led by its Secretary General, Maurice Opetu, regarding the resumption of the CBA negotiations held two weeks ago at the COG offices and following today’s meeting the County Governments have offered to withdraw any disciplinary action that would have been taken against the nurses hence no party shall be victimized,” read the statement.

According to the statement, the County Governments have agreed to pay withheld salaries and other allowances to nurses for the period they have been on strike.

The Devolved units of Government have also agreed to jointly appeal on job evaluation and grading of the nurses with the union to the Salaries and Remuneration Commission (SRC).

This will come as a relief to many Kenyans who have suffered as a result of nursing services being paralyzed from June 5 when the union directed all its 45,000 members to down their tools until the County Governments implement a CBA agreed between the two parties on December last year.