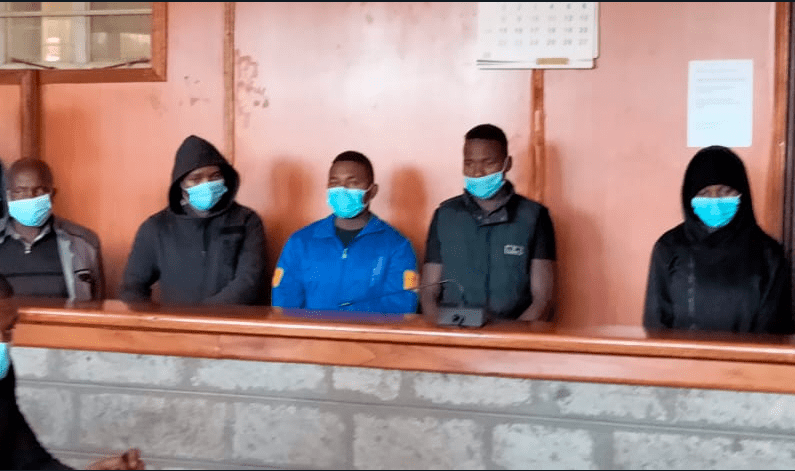 Nyeri businessman Stephen Wang’ondu together with four other accomplices with whom he is accused of killing his son have been freed on Ksh.1 million bond each.

The five, who were arrested following the gruesome murder of Daniel Mwangi late last year, pleaded not guilty to the offense.

Justice Florence Muchemi directed the accused persons, who are facing murder charges, to surrender their passports and not to leave the jurisdiction of the court without its prior knowledge until the case is heard and determined.

The court further ruled that the case shall always be mentioned after every 30 days before the Deputy Registrar until it is determined.

The accused persons were also warned against intimidating or talking to witnesses in the case otherwise the bond would be canceled.

Justice Muchemi said the court reached this ruling after the prosecution failed to provide compelling reasons that the accused persons were a flight risk and that they are a threat in any way to the case.

However, their release on bond will not be effected until after three days since the prosecution applied for a stay of bond execution in order to have adequate time to file additional evidence as to why the five should continue to be detained.

The matter will be mentioned in the same court after 14 days on May 10, 2021 for further directions.