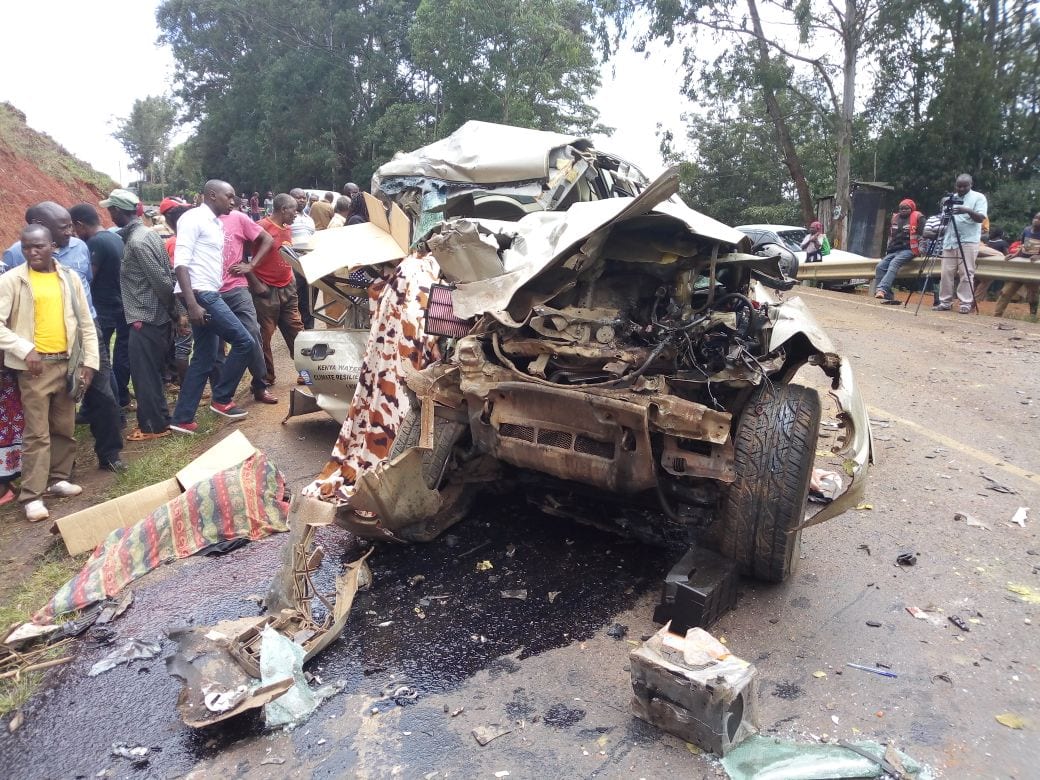 Three people died in an accident involving a government vehicle along the Nyeri-Karatina Road.

3 others were left seriously injured when the Pajero slammed into a truck on Saturday at around 1:30pm.

According to Nyeri traffic police, the government vehicle with registered number plate GKB 370D belongs to the Water Ministry  and had five passengers onboard.

“The driver and two passengers died on the spot while the survivors were taken to Outspan Hospital in serious condition,” a statement from the police said.

The Pajero driver was coming from Karatina and on reaching a sharp corner at Marwa area lost control of the vehicle causing him to collide with the truck head on, police added.

Witnesses said the passengers were trapped in the vehicle for several hours before help arrived.