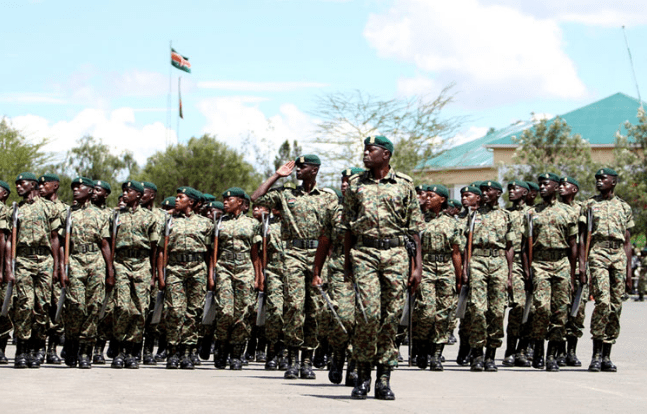 One hundred and sixty constituencies across the country have benefited from the ongoing nationwide National Youth Service (NYS) projects that seek to empower unemployed youth.

According to Gender Cabinet Secretary, Cecily Kariuki, the government has committed to spread the programme countrywide come next year.

She termed the programme as a very successful move noting that it had transformed the lives of hundreds of youth and improved their culture of savings.

“Up to date, over 150,000 youth have benefited from the NYS cohorts programme and we plan to roll out this project to other constituencies,” said Ms Kariuki.

The CS was addressing the press in Njambini, Kinangop where she handed over a cheque of Ksh 11.9 million to 59 women groups under the women enterprise funds.

During a colorful ceremony, nineteen youth groups also received a total of Ksh 1.9 million from the CS who promised that Kinangop would be the next constituency to benefit from the cohorts programme.

The CS added that to date, the government had disbursed Ksh 9 billion to over 1.3 million women under the women enterprise funds with plans to increase the numbers to 1.5 million by the end of the year.

“As for the youth, the Jubilee government has disbursed Ksh 12 billion which has had phenomenal impact on 900,000 beneficiaries,” she said.