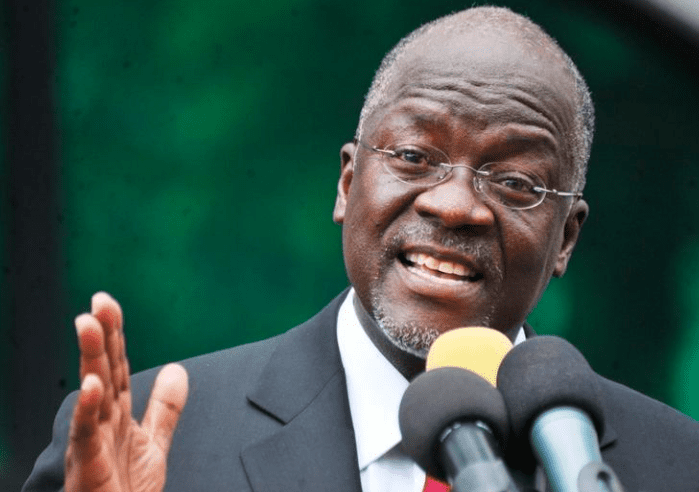 Magufuli, was last seen in public on February 27, 2021 looking his normal self as he swore in a new Chief Secretary at State house in Tanzania’s commercial capital Dar es Salaam.

John Pombe Magufuli burst into international prominence on the 5th of November 2015 when he was sworn in as the 5th President of Republic of Tanzania.

His radical measures to reduce government corruption and spending whilst also investing in Tanzania’s industries defined his early legacy.

During his first few days in office, he pulled funds intended for independence day celebrations and directed them to anti-cholera operations before moving on to shake-up the Tanzania Port Authority and Tanzania Revenue Authority in what appeared to be a genuine war on corruption.

The anti-graft stance quickly won Magufuli attention and admiration worldwide. On social media he was celebrated with the hashtag #WhatWouldMagufuliDo.

But whilst the world may have just chanced upon this radical leader, Tanzanians had watched him rise from a teacher to the country’s highest leadership position.

Magufuli was born in Chato, Geita region on October 29, 1959, the son of a peasant farmer. He completed his bachelor degree in Chemisty & Maths at the Dar es Salaam University in 1998 and worked as an industrial chemist until 1995 when he ventured into politics.

Before he was president he acquired the nickname ‘the bulldozer’ for driving a programme to build roads as Minister for Works, and later was hailed for his anti-corruption stance and his distinct dislike for wasting money.

He won the 2015 presidential election under the ruling party CCM and on his first day in office in November 2015 he made a big impression by making a surprise visit to the Finance Ministry to check on how many people had actually turned up to work — sending a message that he would not tolerate lateness in the civil service. That same week, he also banned all foreign trips for public servants with a 2017 Central Bank report showing that this move saved the country Ksh.47 billion in one year alone.

But his reputation changed when he started cracking down on opposition and the press. Critics accuse him of overseeing the closure and suspension of numerous media outlets. In addition, his administration has been accused of silencing the opposition and prosecuting critics under new laws.

But his biggest controversy yet regarded his stance on the novel coronavirus which was declared a pandemic by the World Health Organization on the March 11, 2020. Magufuli played down the threat of COVID-19 in Tanzania and scoffed at global panic.

He urged Tanzanians to put faith in prayer and homespun remedies such as steam inhalation rather than vaccines, which he said were dangerous and part of a western conspiracy.

Tanzania stopped reporting coronavirus data in May last year when it said it had 509 cases and 21 deaths, according to data held at the World Health Organization, which has called on the country to share its information.

Recently, Magufuli warned the country’s Health Ministry against rushing into embracing the COVID-19 vaccines promoted by foreign companies and countries. He cast doubt on the global urge to develop COVID-19 vaccine claiming that little has been done to help cure other diseases like Tuberculosis, HIV/AIDS, Malaria among other infections.

Relations between Kenya and Tanzania have also been strained under the regime of President Magufuli. In 2018 Tanzania tightened her borders along Namanga, restraining Kenyan businessman from entering the country with reports indicating that Dar es Salaam authorities seized chicken from Kenyan traders.

Previously, Magufuli had sparked a row when he seized cattle belonging to Kenyan Maasai herders and threatened to auction them. There have been numerous attempts to reconcile these East African neighbours but the jury is still out on how successful these measures were.

Magufuli was married to Janeth Magufuli and they have five children.