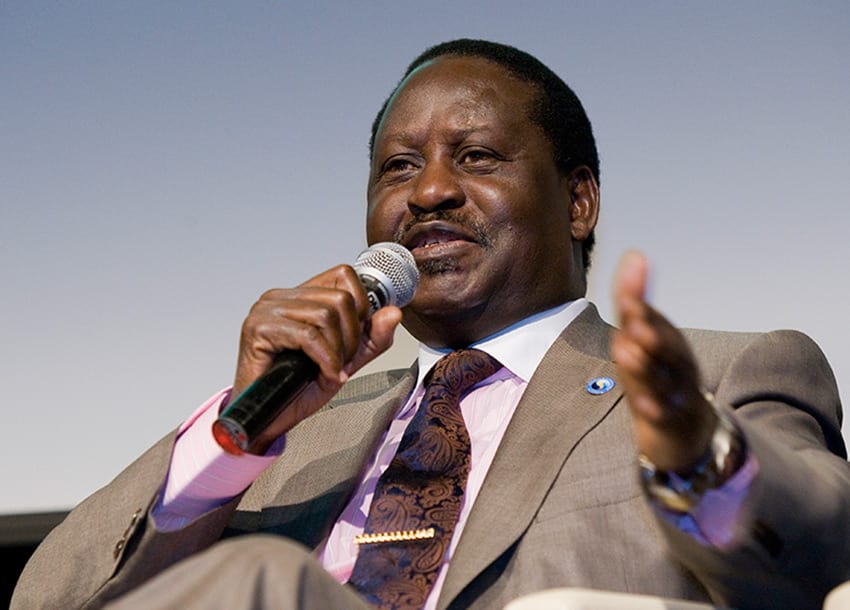 Former Prime Minister Raila Odinga has made true his threats and named Devolution Cabinet Secretary Anne Waiguru and the Independent Electoral and Boundaries Commission (IEBC) chair Ahmed Issack Hassan as the most corrupt.

Odinga alleges that the two, among others, were removed from the Ethics and Anti-Corruption Commission (EACC) ‘list of shame’ that was presented to Parliament by President Uhuru Kenyatta during the State of the Nation address two months ago.

However, Chirchir and Shollei were in the EACC list. CS Chirchir was cleared of the graft allegations levelled against him while Shollei is facing prosecution following the recommendation of the anti-graft agency after it forwarded the file to the Director of Public Prosecutions (DPP) Keriako Tobiko.

Shollei is accused alongside others of “deliberately ignoring the Public Procurement Act” during the procurement of the Chief Justice’s resident that was valued at Ksh 310 million.

Mr. Odinga, who was addressing the press at his Capitol Hill office, said that the Coalition of Reforms and Democracy (CORD) will not relent in the war against graft and will continue mounting pressure on the Jubilee administration to address graft with seriousness.

While appearing on NTV on Sunday, the former Premier said the President and his administration were not taking the war on corruption seriously and what they were doing was pure Public Relations.

“The President and his administration are not serious about fighting graft in this country. The list tabled in Parliament and the comments being made are just pure PR,” said Mr. Odinga.

“What we are seeing happening at the National Youth Service (NYS) is a clear indication that the Jubilee government is not ready or committed in the war against graft,” he added.