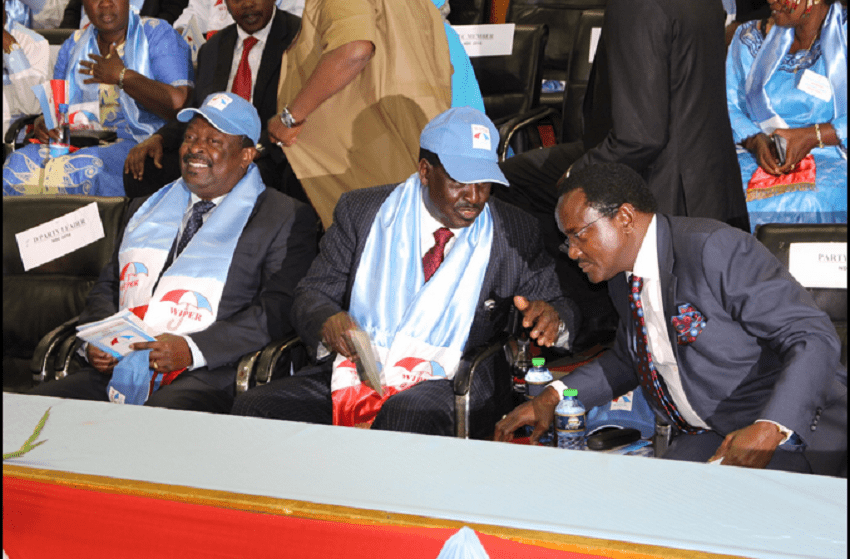 The search for NASA presidential flag bearer has ignited a fresh row in the coalition, with ODM affirming that the recently leaked report designating Raila Odinga as the joint opposition flag bearer and Wiper Leader Kalonzo Musyoka as his running mate was factual.

ODM Secretary General Dr Agnes Zani confirmed that the NASA National Coordinating Committee had settled on the lineup, that also had Amani Congress Leader Musalia Mudavadi as the designated chief minister in the NASA government, with Ford Kenya’s Moses Wetangula as the National Assembly Speaker.

But Mudavadi’s party has disowned the proposed line up, accusing ODM of leaking vital NASA working documents and negotiating in bad faith.

Zani, in a statement that has stirred fresh controversy, affirmed that the coalition’s national coordinating committee had concluded its task of identifying a flag bearer and submitted its report to the four principals for consultation and final decision.

She confirmed that the interim report that was leaked to the media was accurate and captured the presidential lineup as agreed on by members of the committee through consensus, where all the four parties were represented and their input is taken into consideration.

That line up had Odinga as the flag bearer, with Musyoka as his running mate.

Mudavadi was designated the yet to be created position of chief minister, while Wetangula was to take the National Assembly speaker, should NASA wrestle power from jubilee.

But Amani National Congress supporters have disowned the proposed lineup and staged a protest in Kakamega town yesterday (Monday) the party’s Secretary General Godfrey Osotsi has in a statement accused ODM of rocking the NASA boat by leaking vital documents that the affiliate parties were working on.

Mudavadi’s party claims its representatives in the NASA coordinating committee were not aware of any report submitted to the four principals for their consideration on power sharing and a lineup and accused ODM of negotiating in bad faith.

ANC deputy party leader, Kipruto Arap Kirwa, had last week confirmed all documents were a work in progress and nothing had been agreed on yet.

The NASA co-principals met in Kilifi over the weekend, and are set for a retreat later this week, to agree on a formidable lineup that will contest against Jubilee in August.