One dead, 11 injured after trailer rams into bus on Nakuru-Eldoret highway 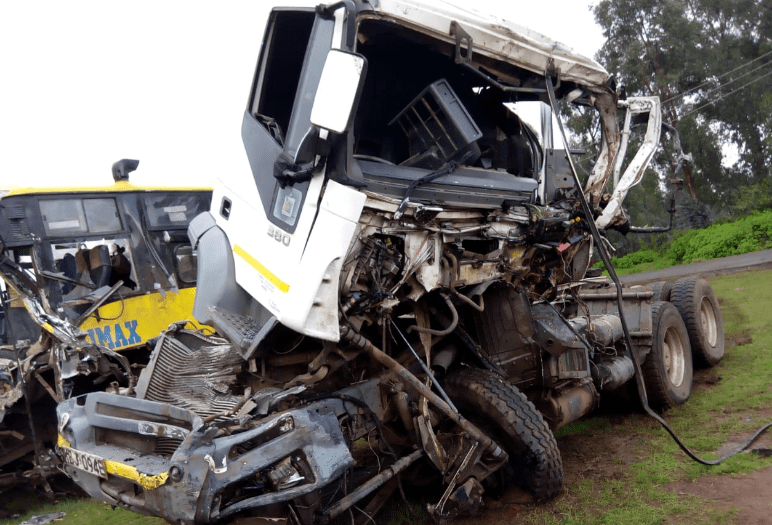 One person was on Monday morning and at least 11 others seriously injured following a head-on-collision between a truck and a bus at Mau Summit area on the Nakuru-Eldoret highway.

According to witnesses who spoke to Citizen Digital, the truck driver lost control of the vehicle and rammed into the oncoming bus, christened ‘Nya Ugenya’, at about midnight.

One of the occupants of the trailer died on the spot while the driver driver fled in a bid to escape the wrath of the agitated crowd.

One of the passengers, Bishop Charles Ooko, said a majority of them were members of the Evangelical Church of Christ (ECC) who were headed back to Kisumu and Siaya counties from a conference in Nairobi.

The body of the deceased has since been transferred to the Molo Hospital mortuary.