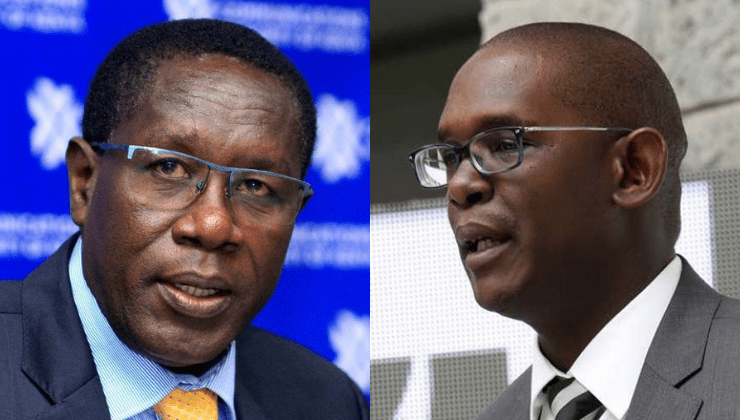 Kenyans were on Thursday thrown into a state of confusion after State House and the Communications Authority of Kenya (CA), a government agency, issued contradictory statements on the enforcement of Huduma Namba registration.

It all began with CA Director Francis Wangusi warning that Kenyans who will not have registered for the Huduma Namba at the end of an earlier communicated deadline will have their sim cards switched off.

Speaking in Kisumu during the ICT week celebrations, Wangusi also stated that new sim cards will not be issued out to those without the Huduma Namba at the end of the 45-day deadline imposed by the government.

“We are waiting for the 45 days to end. We will say, unless you have a Huduma Namba, you don’t have a sim card. So prepare yourself. And when we say it that way, it could be a polite order but it’s an order that is enforceable,” said Mr. Wangusi.

“All the service providers who provide sim cards… unless you have that Huduma Namba, you will not get a sim card.”

According to the CA boss, this action will be taken in order to ensure digital security of Kenyans as well as to reduce crime in the country.

“Do you know how many IDs of dead people are being used today to register sim cards?” he posed.

Soon after Wangusi’s remarks, State House Chief of Staff Nzioka Waita came out to state that registration for Huduma Namba is a purely voluntary process and that nobody will be forced to participate in it.

Taking to Twitter, Waita wrote: “There is no directive from the Government to institute any punitive measures against those who don’t register. More emphasis will be laid on civic education!”

The roll out of the National Integrated Identity Management System (NIIMS), also known as Huduma Namba, had been challenged in court but the government was allowed to continue with the registration on condition that it should not be mandatory.

A three-judge bench – comprising Justices Weldon Korir, Pauline Nyamweya and Mumbi Ngugi – on April 1, 2019, also barred the government from collecting DNA data and GPS coordinates as well as sharing the NIIMS information with any foreign organization.