One KDF soldier dead, two injured in land mine explosion 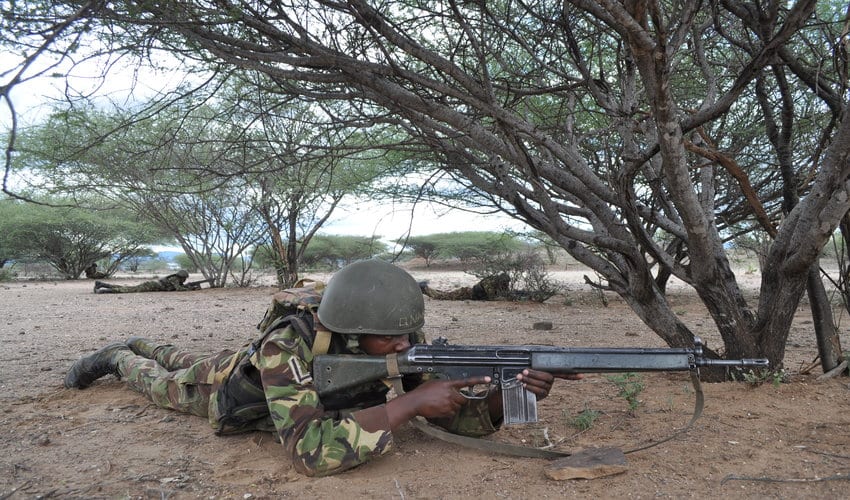 One Kenya Defence Forces (KDF) officer died on Monday after succumbing to injuries he sustained following a land mine explosion at Laktabei near the Kenya-Somalia border in Lamu East sub-County.

The explosion, that took place on Sunday evening, also injured two others who are currently recuperating in hospital.

According to KDF spokesman Colonel David Obonyo, the soldiers were on patrol along the Kenya-Somalia border when they stepped on an improvised explosive device at Laktabei near Ishekani.

Colonel Obonyo said the soldiers were pursuing a group of suspected Al-Shabaab militants when the incident occurred.

He added that the injured soldiers were flown to Forces Memorial Hospital in Nairobi.

Security officers led by the Kenya Defence Forces have been carrying out the operation Linda Boni in Boni Forest where Al-Shabaab militants had set camps.

The militants used the camps to launch attacks in Mpeketoni and other parts of Lamu County andthe operation aimed at flushing out the militants said to be hiding in the forest has been going on for four months.

In November, police outlined the achievements attained in the on-going Operation Linda Boni at saying that six Al-Shabaab camps in Boni forest had been destroyed and weapons stolen by Al Shabaab during an attack at Mpeketoni recovered.

Police Spokesperson Charles Owino said that there has been a reduction in security threats in Boni, Milimani, Pandanguo and Maharani have been neutralized, noting that locals who had been displaced from their homes have returned.