One person killed, 16 others injured in accident on Kendu Bay-Katito road 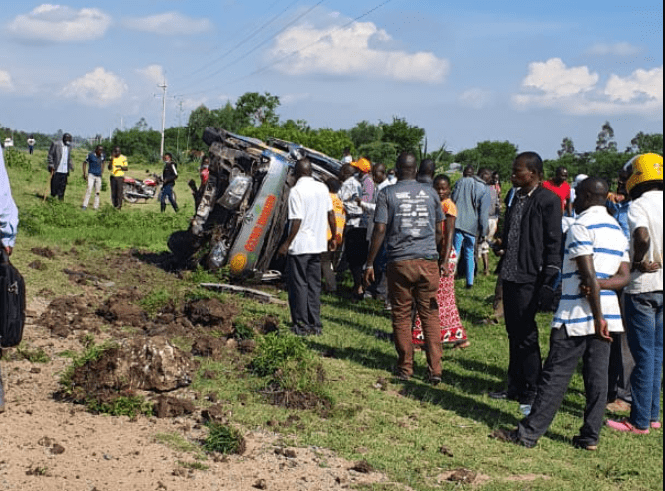 A woman on Thursday morning died on the spot after a matatu travelling on the Kendu Bay-Katito road was involved in an accident at Pap Onditi area.

According to witnesses who spoke to Citizen Digital, 16 passengers who sustained injuries were rushed to Nyakach sub-county hospital where they were admitted with broken limbs.

Five of the passengers in the ill-fated matatu were rushed to the Jaramogi Oginga Odinga Teaching and Referral Hospital (JOOTRH) for specialized treatment.

According to Mboya, the boda boda rider however made an abrupt turn on the road thereby forcing the matatu to lose control and veer off the road.

He added that the matatu rolled severally leading to the death and many injuries, further stating that it was also apparent that the vehicle was overloaded during the accident.