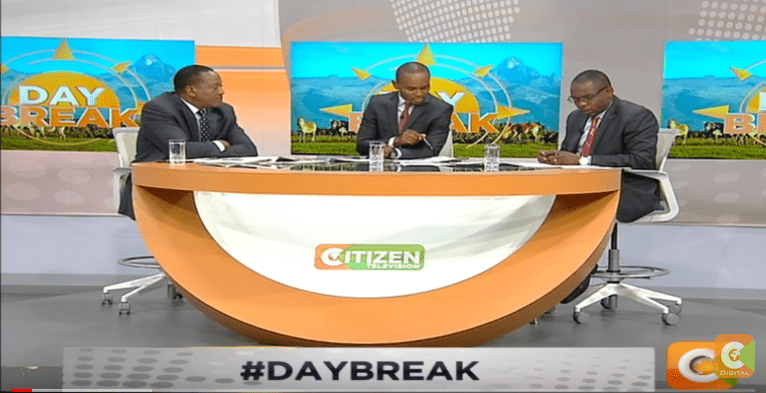 The 2022 succession politics debate has elicited mixed reactions from politicians allied to Deputy President William Ruto and those against his bid to vie for top seat.

Appearing on Citizen TV’s Daybreak show on Tuesday, Kitutu Chache MP Richard Onyonka said leaders who have entangled themselves in the succession talks only want to remain relevant.

According to him, many leaders, especially some from the Mt. Kenya region, have a bone to pick with the Deputy President.

Onyonka said remarks from Ford Kenya Party leader Moses Wetangula, which echoed that of former Jubilee vice chair David Murathe on the eligibility of Dr. Ruto to run for presidency are linked to his own ambitions.

Mathare MP Anthony Oluoch who was also present during the Tuesday interview, said eligibility of a presidential candidate is clearly defined in the constitution and engaging Parliament was a waste of time.

“It was dismissed for the simple reason that it is a waste of time to even engage parliament in that argument itself,” he said

Oluoch reiterated that the presidential term limit is in respect to the person who holds the office and not his deputy..

The Mathare MP also dismissed the Diaspora Leadership Forum, a group formed by Maina Kamanda, claiming that it was also founded to seek relevance.