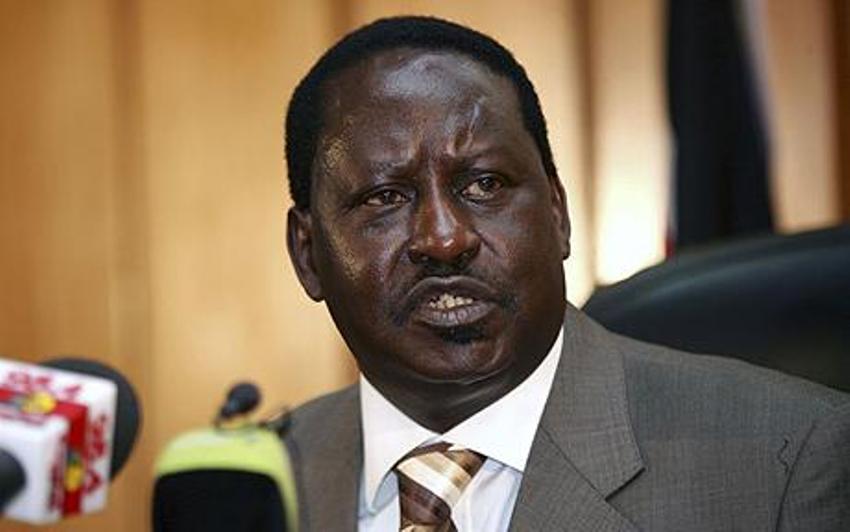 Odinga, who is in Korea, was responding to calls by the Jubilee Members of Parliament to testify as a defense witness for Ruto in the ongoing case at the ICC.

“Firstly, William Ruto has not been put on his defence. The ICC is yet to rule whether Ruto has a case to answer. I don’t know what information those calling upon me to testify for William Ruto have, but they seem to know something that the rest of us do not know. I find this premature talk about Ruto’s defence curious and disturbing indeed,” he stated.

He said that he is willing to testify on behalf of Ruto saying that the Orange Democratic Movement (ODM) was not in any way involved in planning the 2007/2008 post election violence in which over 1,300 people were killed and over 600,000 others forced out of their homes.

“Ever since I made that offer, I have been publicly and privately told by persons claiming to stand with Ruto that my testimony is not needed. In fact, Ruto and his legal team have been publicly beseeched by the same Jubilee politicians challenging me today to testify, not to accept any help from me.”

“This makes the renewed urgent call for me to testify even more curious and disturbing. Something seems to be afoot and only this Jubilee brigade seems to know it,” he added.

Odinga, who is also the Coalition for Reforms and Democracy (CORD) leader, said that nobody is talking about recanting and withdrawing the false testimony that some jubilee members confessed to have used against the DP.

He said his testimony in support of Ruto will not assist him so long as the false testimony procured against him by the Party of National Unity (PNU) brigade remains on record at The Hague.

“My testimony would equally require that those who coached witnesses disclose what they told the witnesses to say against Ruto to enable me effectively counter the lies in his defence.”

Odinga said the only people to recant, disclose and withdraw the false testimony against Ruto are President Uhuru Kenyatta and his PNU brigade.

He gave the conditions to President Kenyatta before he is called upon to testify, among them, the Head of State to order Kuria, Murathe, Waiganjo and Mwangi to immediately swear affidavits and disclose the names of the witnesses who they recruited against Ruto

Secondly, the CORD leader said the President should order the former Director of Intelligence Michael Gichangi, and his political advisor Ms Nancy Gitau and Principal Secretary Mutea Iringo to immediately swear affidavits regarding their role in incriminating the DP and disclosing the evidence that they procured against him.

He finally said the President should order the National Intelligence Service (NIS) to immediately recant and withdraw the confidential exhibits 19 and 19A of the Waki Report which contains the evidence incriminating Ruto in the post election violence.

Odinga said his testimony in support of Ruto will not withstand if the false testimony is still recorded at The Hague.

“If the President does not do the above, then we must conclude that he and his PNU brigade are playing a very cruel and callous game against Ruto,” he said