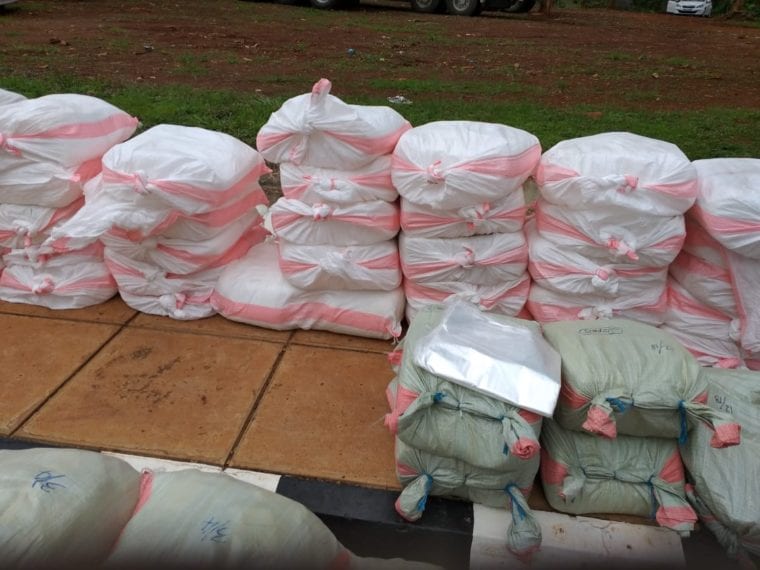 Police on Wednesday nabbed over 3million pieces of banned plastic bags and another 2,131 of expired diapers in Kamukunji.

They were packaged in bags labelled Double Vision and the owner has been identified as one John Wachira Wang’ondu.

The crackdown on non-woven carrier bags by the National Environmental Management Authority (NEMA) began on April 1 this year.

The authority banned bags made of polypropylene (plastic) two years ago.

Traders recently told of stock held in the high seas while consumers complained of high cost of alternative bags in the market.

“These bags we have already purchased them, we need to sell them so that we make back the money that we spent on them,” John Mwangi, a wholesaler, told Citizen TV during a past interview.

Available alternatives are said to be as costly as Ksh.50-70 per bag.