Over 50 tonnes of expired beans in Nyamira, says Kiunjuri 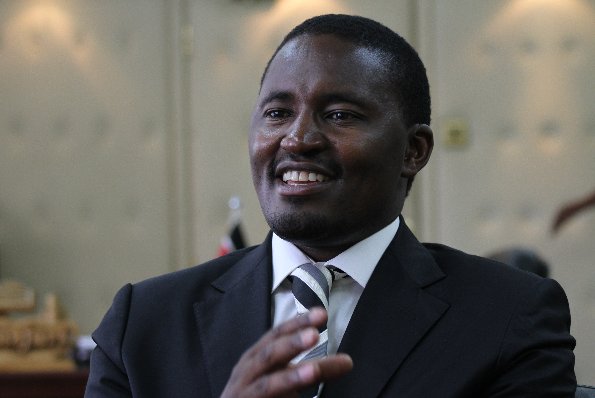 There are more than 50 tonnes of expired beans in a silo belonging to the National Cereals and Produce Board (NCPB) in Nyansiongo, Nyamira County. This, according to Agriculture CS Mwangi Kiunjuri.

Mr. Kiunjuri appeared before the Senate committee chaired by Prof. Margaret Kamar on Thursday to answer questions on the maize scandal and crisis in the country after President Uhuru ordered a probe into the maize scandal.

Explaining the existence of the expired beans in Nyamira County, the CS told the committee that the seeds were bought from Kenya Seed Company by the ministry of Agriculture in 2012 and supplied to NCPB to be sold to Nyamira County farmers.

This was meant to help the farmers deal with the outbreak of a maize disease and diversify on the range of crops they cultivated.

The expired bean seeds are a result of failure by farmers to buy the seeds from NCPB. The CS however did not give a clear answer on why the seeds were not taken out to other counties.

The Agriculture CS has been at the center of scrutiny after his ministry was criticized for undermining local farmers by using traders to import maize and paying them large sums of money at the expense of local farmers who are still owed KSh.3 billion by the government.

The CS said the government already paid Ksh.9.4 billion for over three million tonnes of maize bought in 2017/18 season whose total cost is Ksh.11.6 billion, leaving a balance of Ksh.2.2 billion.

He told the committee that the government also paid Ksh.429 million to 74 farmers whose deliveries do not equal the quantities recommended by the vetting team, Ksh.1.4 billion for 152 claims under investigations, Ksh.217 million to the farmers who did not return their respective verification forms for payment.