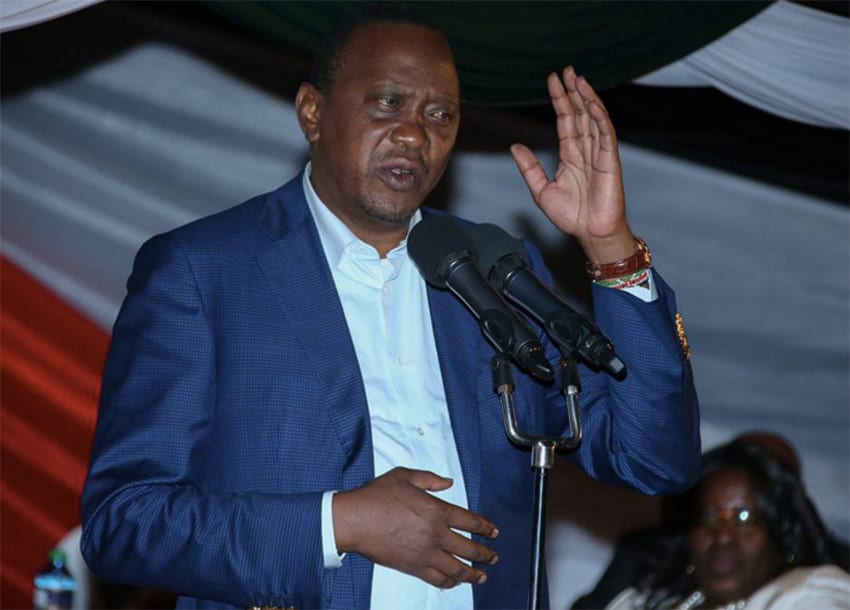 President Uhuru Kenyatta has assured Kenyans of the government’s resolve to clump down on banks that are out to defraud their depositors.

Speaking during a Sunday service at the ACK St Andrew’s Cathedral in Thika on Sunday, President Kenyatta reassured the country that the banking sector is stable and safe, blaming mismanagement and unscrupulous individuals in the financial sector for the recent cases of bank being put under receivership.

“Those who run banks will not be allowed to steal from depositors,” said the President, adding that: “bank owners who took massive loans and did not pay will be forced to refund depositors.”

The president further thanked Kenyans for their prayers, which he said contributed to the collapse of the ICC case against Deputy President William Ruto and journalist Joshua Arap Sang.

“It is God and the prayers of millions of Kenyans that have helped us reach where we have reached today,” he stated.

“Let us stop the politics of division, tribalism and hatred. Kenya needs all of us, and no one can build the country on his or her own.”

He further urged political leaders to be respectful and desist from insults and the use of foul language during their public addresses.

“It costs you nothing to respect others. We can have differences of opinion, but there is no need to insult others,” he said.

Kiambu Governor William Kabogo, in his speech, urged Kenyans to turn up in large numbers for the thanksgiving prayer rally to be held at the Afraha Stadium in Nakuru next Saturday.

Meanwhile, political leaders in Nakuru have warned against plans to turn the prayer meeting into a political rally.

Led by Nakuru Governor Kinuthia Mbugua and Bahati MP Kimani Ngunjiri, the leaders stated that no one will be allowed to enter the stadium with a political poster or banner, saying the meeting’s objective is to foster national unity.